Plants depend upon interactions with root-associated microbes for nutrient availability, disease suppression, and growth promotion. Through a large-scale study of root-associated microbiomes of cultivated rice by high-throughput sequencing, we identified a huge diversity of microbes, with over a quarter million taxa forming distinct communities that inhabit the soil near the roots, the root surface and the root interior1. Analysis of the de novo assembly of root-associated microbiomes shows that microbiota acquisition occurs rapidly, following a multistep model. Major factors underlying variation in root microbial communities are geography, soil type, genotype, cultivation practices, such as organic vs. conventional. Exposure to drought results in a major re-structuring of the rice root microbiome, which might be indicative of a protective response to adverse environmental conditions2,5. Root microbiomes are age-dependent, in that the composition of the root microbiota tracks plant development, with a consistent shift at the transition to flowering across genotypes. Thus, computational models can be used to predict plant age based on microbiome composition3. While it is well known that plants recruit their root microbiota from the soil, there is also a reverse effect of plant growth on soil microbiota over time, suggesting that continuous cultivation leads to “soil domestication”4.  For functional studies of root-associated microbiomes, a rice gnotobiotic system has been established, that reveals significant transcriptome changes in the plant in response to microbiome acquisition. In combination with synthetic communities, such controlled systems provide a promising route towards dissecting the complex interactions of root microbial communities with their host plants.

Venkatesan “Sundar” Sundaresan studied physics at the Indian Institute of Technology, obtained his Ph.D. on the genetics of nitrogen-fixing bacteria at Harvard University, and did his postdoctoral research on maize transposable elements at the University of California-Berkeley. His first faculty appointment was at Cold Spring Harbor Laboratory, where he with his colleagues developed methods for functional genomics in Arabidopsis. He went on to become the founding Director of the Institute of Molecular Agrobiology (now the Temasek Life Sciences Laboratories) at the National University of Singapore. Subsequently, he moved to the University of California-Davis, where he expanded his research in to rice. In the period since, he has served as Chair of the Department of Plant Biology, and Program Director at the National Science Foundation of BREAD, a program to benefit developing countries. His current research interests range from mechanisms of plant reproduction and synthetic apomixis to genomics of host-microbiome interactions. 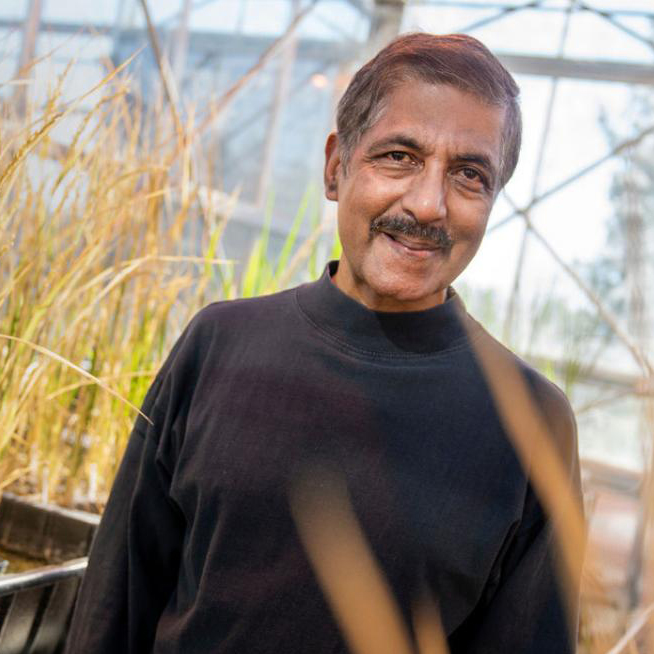