The chemical stew of black spot

The intermittent rainfalls this spring in Western Oregon have been a bonanza for fungal diseases, and many are showing up earlier than we have seen in recent years. Take black spot of rose (please!): A slowly creeping dark blemish on leaves that is followed by leaf yellowing and leaves that fall to the ground with a very soft kerplunk.

The disease is easy to recognize. The spots often have feathery edges and at first look somewhat sooty. The spots darken as the disease advances, and several can, after weeks, merge together to form a large, unsightly blotch. The black spot fungus/rose leaf combination is actually a veritable chemistry laboratory, right in your own yard. The leaf yellowing that occurs with the black spotting is due to metabolites formed by the fungus: phenolics and amino acids. The natural gaseous hormone ethylene, which is produced in high amounts in infected leaves (but not high enough for them to be flammable), is responsible for the leaves dropping from the twigs. That’s one of the things ethylene does in plants. 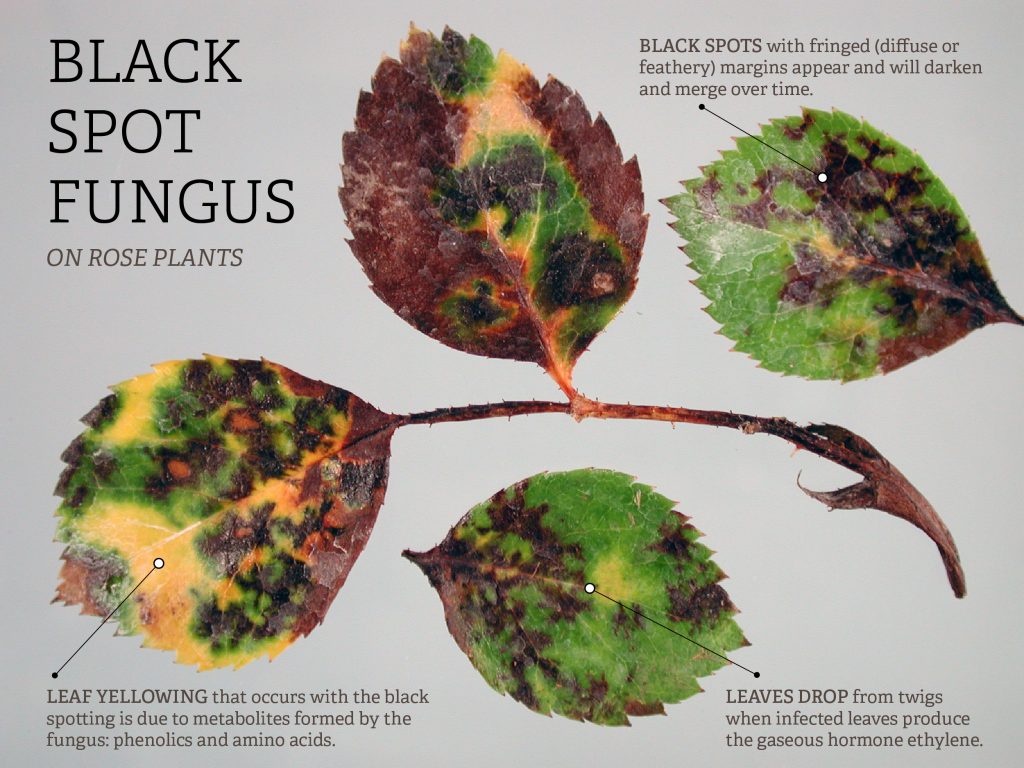 The fungus can also infect stems of susceptible varieties, causing purple blotches while it make itself a comfy place to live. Fallen leaves under plants may be dead, but the fungus isn’t, and will produce spores under moist conditions and moderate temperatures, allowing reinfection of new leaves as they are formed. Spores are spread in water splash (rain! sprinklers!) and by gardeners working around wet plants. 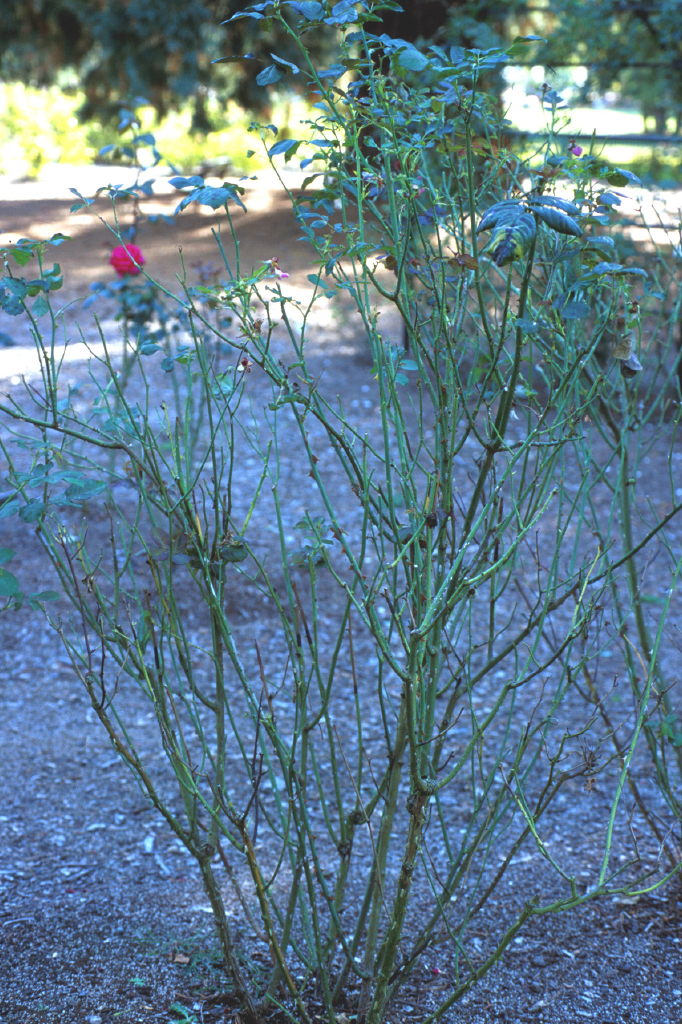 Black spot is caused by the fungus Marssonina rosae, which is a real free-loader, hitching rides with wherever roses are shipped, including islands in the South Pacific (sounds like I need to investigate the roses in Tahiti).

Susceptible varieties can be nearly defoliated in a bad year, while those with resistance may have a few spots, but don’t take on the nude look. Maintaining good cultural practices, such as siting the roses properly by avoiding shady spots, and keeping water off the leaves, providing sufficient irrigation during dry spells, and giving the plants some nutrients now and then will help to prevent black spot by encouraging good plant vigor. For plants that seriously need protection, as those in display gardens, fungicides can be used.

In the meantime, I’m going to work on that South Seas rose survey….