Every year, as June rolls up here in the PNW, a hard-to-miss scarab beetle makes its appearance. Curious folks take notice and want to know what this big, striped beetle is that turns up in the evenings and bumbles around their porch light. Well, the clue is in the timing. These large, handsome insects are called tenlined June beetles, although they’re also referred to as just plain ol’ June bugs, hissing beetles (more on that below!), and watermelon beetles.

The tenlined June beetle (Polyphylla decemlineata) lives west of the Rockies, up and down the west coast and into British Columbia. This thumb-sized scarab beetle is common in the Pacific Northwest, and right about now we’re approaching the time of year when you’re most likely to encounter one (have you seen one yet? Share your observations on iNaturalist). Their relatively large size (up to 1.5 inches in length), distinctive striped wing covers, and ornate antennae (males) make tenlined June beetles hard to miss, and hard to confuse with Oregon’s other big beetles. If their appearance isn’t enough to make them remarkable, try giving them a little nudge with your finger. They hiss! The audible defense, meant to discourage you from harassing them, has been described as sounding similar to the hissing of a bat. It’s all posturing however, the tenlined June beetle isn’t going to harm you. 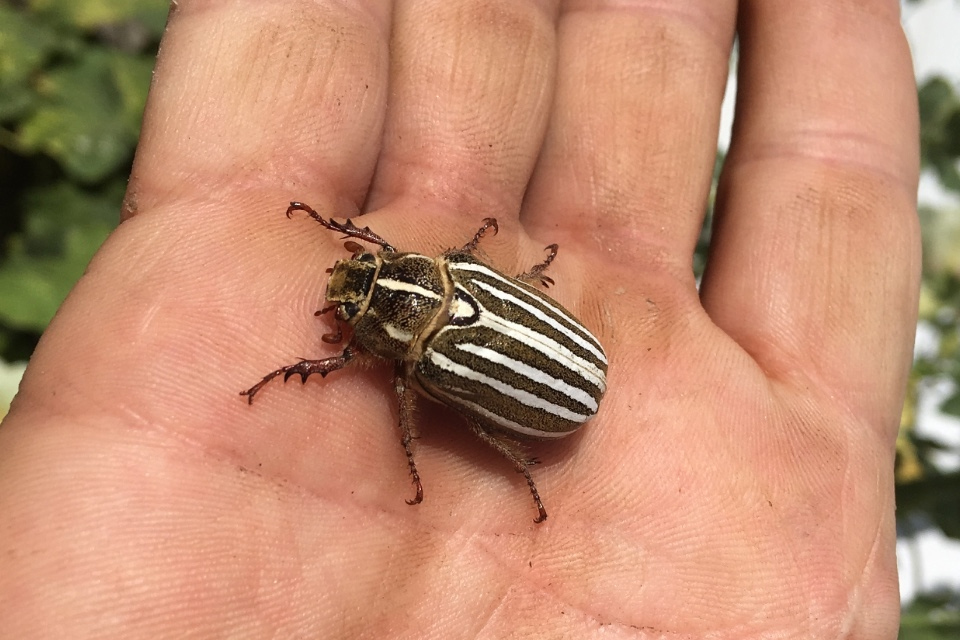 Tenlined June beetles are harmless, but they will “hiss” if you frighten them! Photo © Mitch33 / iNaturalist. 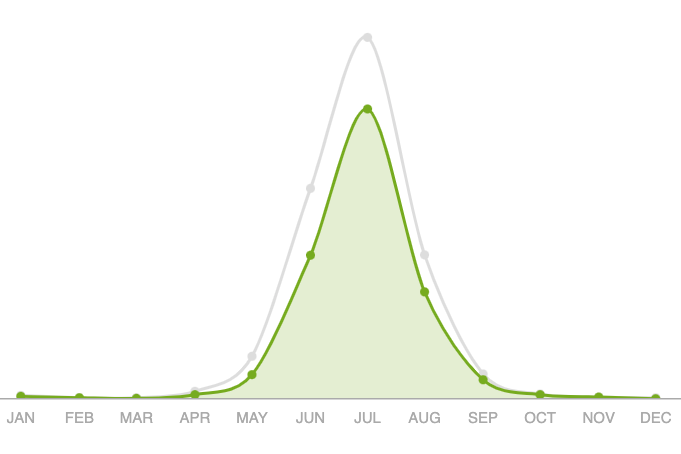 We often highlight introduced pests, but the tenlined June beetle is a homegrown PNW native that is considered an occasional pest to fruit trees, ornamentals and some crops. The adults call a lot of attention to themselves, but they don’t do a whole lot of damage feeding on foliage. They’re sometimes pesky in their larval stage when they feed on plant roots. Let’s take a look at when and how tenlined June beetles damage plants by outlining their life cycle.

Right now, in late June, adult males are out and about, taking flight in search of females beginning at dusk (adults are nocturnal). Tenlined June beetle adult females stay down near the ground, emitting a pheromone that males can detect with their large, feathery, antennae. 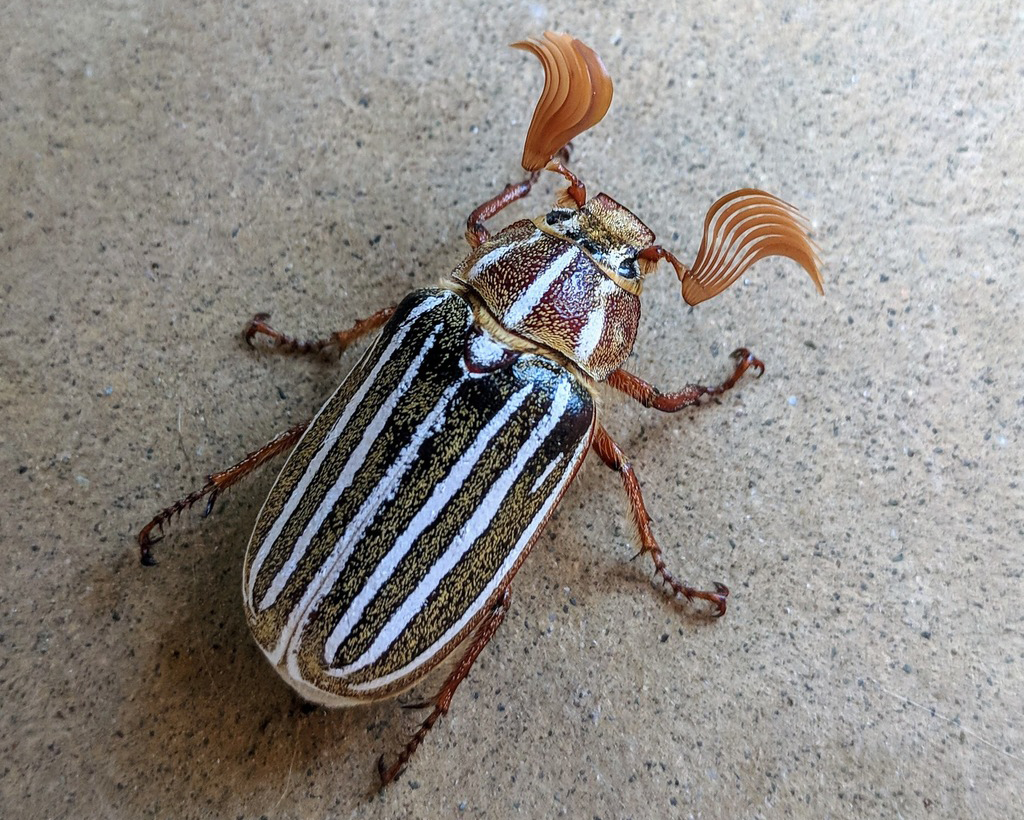 Males have large feathery antennae that they use to detect female pheromones. Photo © Kim Wagner / iNaturalist. 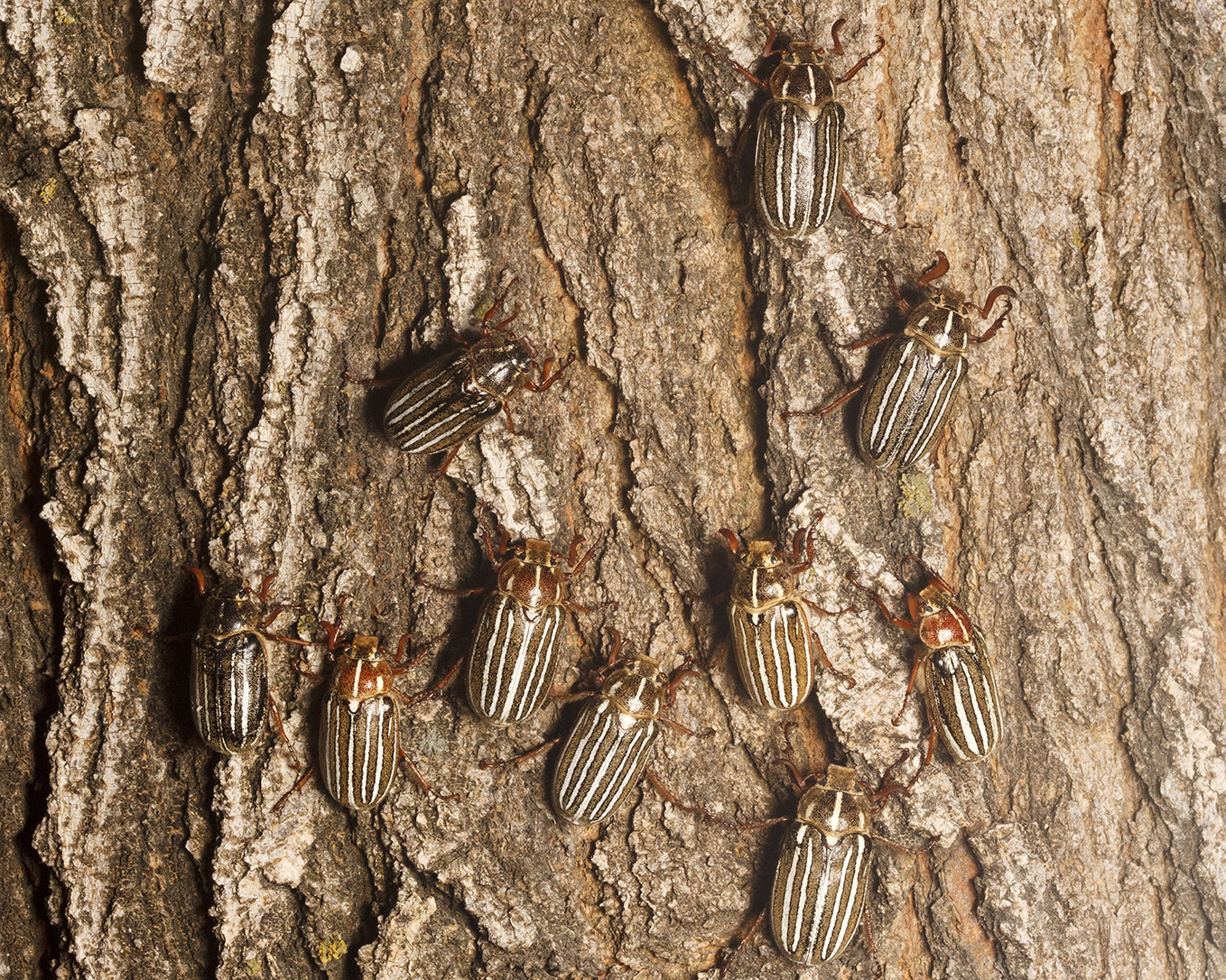 After mating, females lay approximately a dozen eggs in the soil. The larvae hatch and begin their life in the soil. In Oregon, the larval stage will last between 2 and 4 years. Younger larvae live deeper in the soil, where they feed on fine, tender plant roots. Later on, older larvae move closer to the soil surface and feed on woodier roots. This is the stage when tenlined June beetles can cause injury if present in large numbers, their feeding activity weakening various fruit trees and crops. Damage from larval feeding has been reported primarily in orchards and commercial plantings of apples, almonds, walnut, stone fruits, poplars, vegetables, berries, and row crops. In the home landscape, the beetles are often sporadic and rarely consequential.

After pupating, adults begin emerging in May and June. Females don’t travel far from where they emerge, so when they lay their eggs, larvae populations can be clumped in space, and the appearance of the beetles may be localized. There aren’t effective pesticide plans for control because these beetles are rarely problems in the general landscape.

Learn more with these resources: