Secretary of War brings back the flower of peace

Home/Secretary of War brings back the flower of peace

Secretary of War brings back the flower of peace

The association of poinsettias with Christmas is said to have begun over 500 years ago. The plant has been growing in dry tropical forests, along the Pacific coast from Mexico to Guatemala, for even longer than that. In its native form, it grows as a lanky, long-stemmed small tree or large bush. The wild plant has brilliant red “flowers” (more on this later), but the red bits are narrow, less eye-catching, and scarcely like those on the plants we see in garden centers.

During the 1500’s Aztecs brought plants to Mexico City, and the plants eventually became associated with Christmas because their star-shaped flowers reminded people of the Star of Bethlehem, and their red color was suggestive of the blood of Christ.

Although most people think the showy red parts are the flowers, but they are not – the brilliant red “flowers” started out life, evolutionarily, as specialized leaves, called bracts. The flowers are actually the inconspicuous little round things in the center of the whorls of bracts. 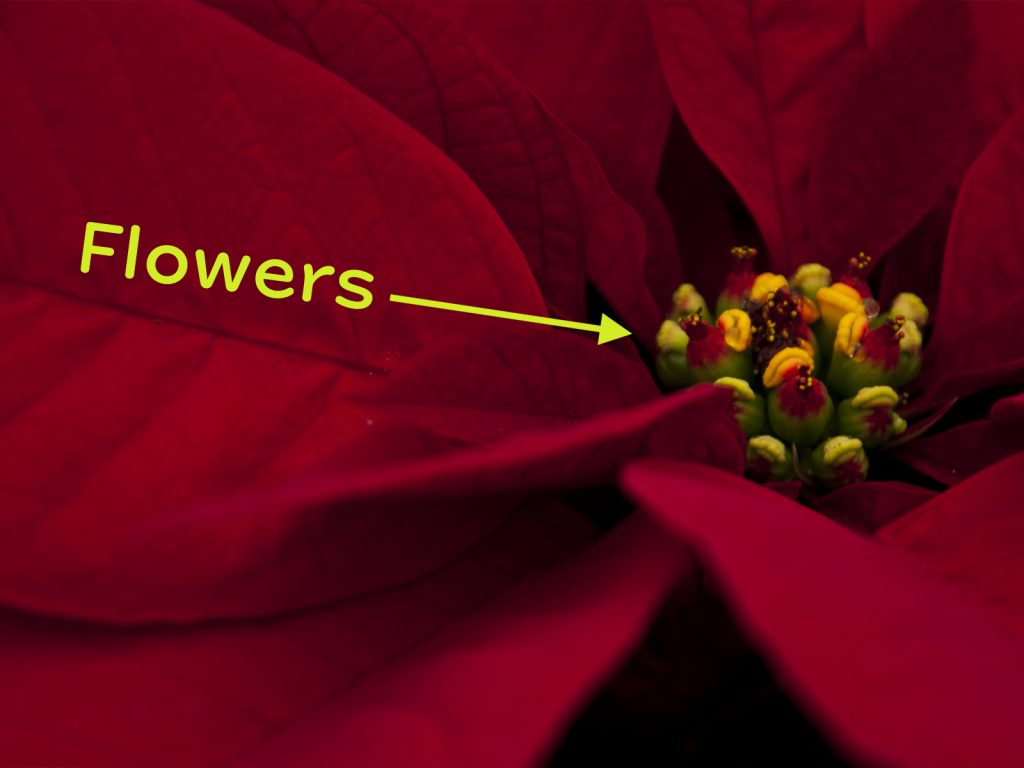 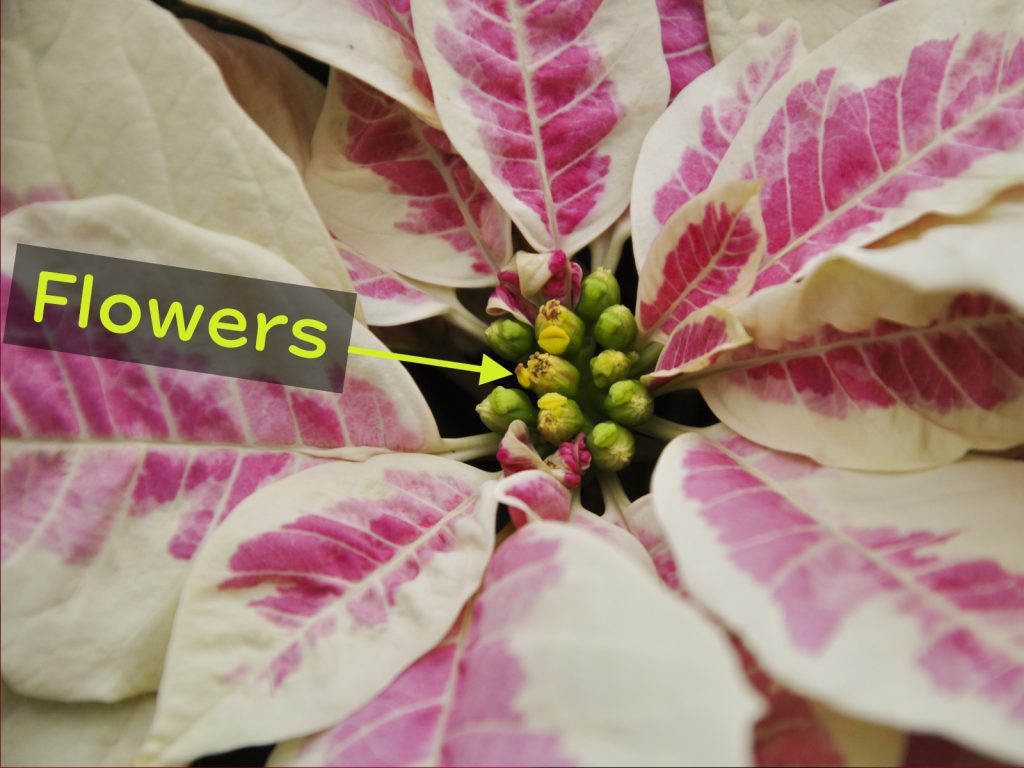 Regardless of their botanical structure, the modern plants have gorgeous intense colors. White bracts occur in the wild, but speckled, pink, and bi-color bracts are a result of breeding efforts. (Glitter? Don’t start!) Which brings us back to the Secretary of War. Actually, at the time he sent plants back to Philadelphia in 1828, he was simply the first US Minister Plenipotentiary in Mexico, and he fancied the plants. He didn’t become the Secretary of War until 1837. His name? Joel Roberts Poinsett.