Last week we highlighted a new exotic insect pest in Oregon, the Ligurian leafhopper. This week we have another new potential pest to bring to your attention, the southern pink moth. The southern pink moth was detected for the first time in Oregon this summer, and again we want to take quick action and share basic information about this exotic pest to help the public recognize and report suspected sightings. Find out more about reporting invasive pests to the OSU Plant Clinic at the bottom of this post.

The southern pink moth (Inornate Pyrausta Moth), Pyrausta inornatalis, is a small moth in the family Crambidae that is considered a pest of Salvia (sage) species. The caterpillars of the southern pink moths damage their larval host Salvias by feeding on buds, flowers and other plant tissue.

There have only been two known reports of southern pink moths in Oregon, both from this summer and both near SE Portland. The potential impact of the southern pink moth expanding its range northward into Oregon is currently unknown, but our climate may restrict them from becoming as damaging as they can be in more southern states. Southern pink moths do all their damage in their larval caterpillar stage, when they hatch from eggs laid on host Salvia plants and begin feeding. Plants at risk would include (example) and other ornamental Salvias, which are popular in gardens and yards. 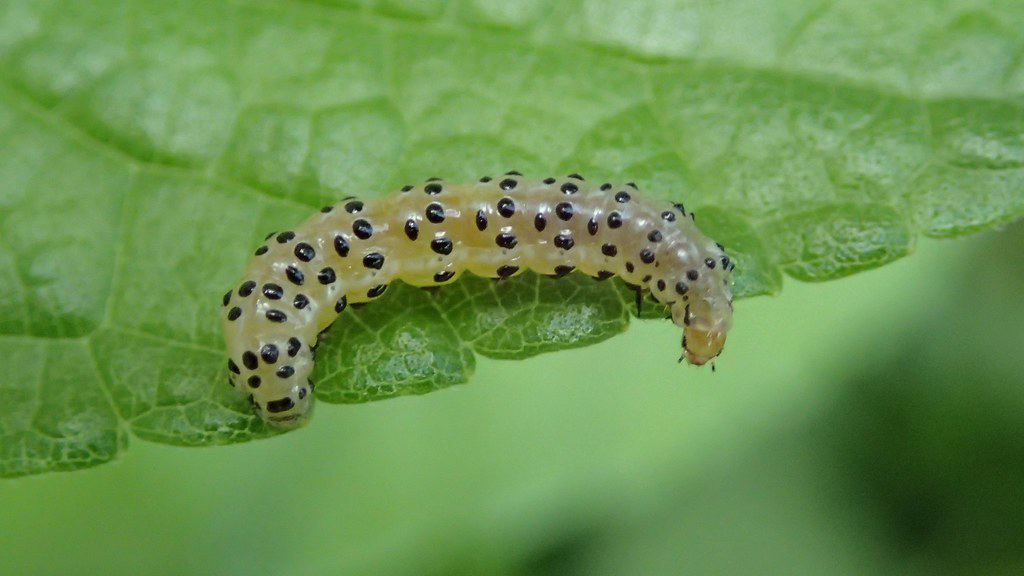 Southern pink moths are little things, with a wingspan of only about 13 mm (about ½ inch). Despite their diminutive size, their eye-catching reddish pink or wine-colored forewings make them easy to spot. Adults have been observed flying from March to November in their southern range. Females lay their eggs on host Salvia plants, and the tiny caterpillars that emerge are pale with a distinctive pattern of black spots. 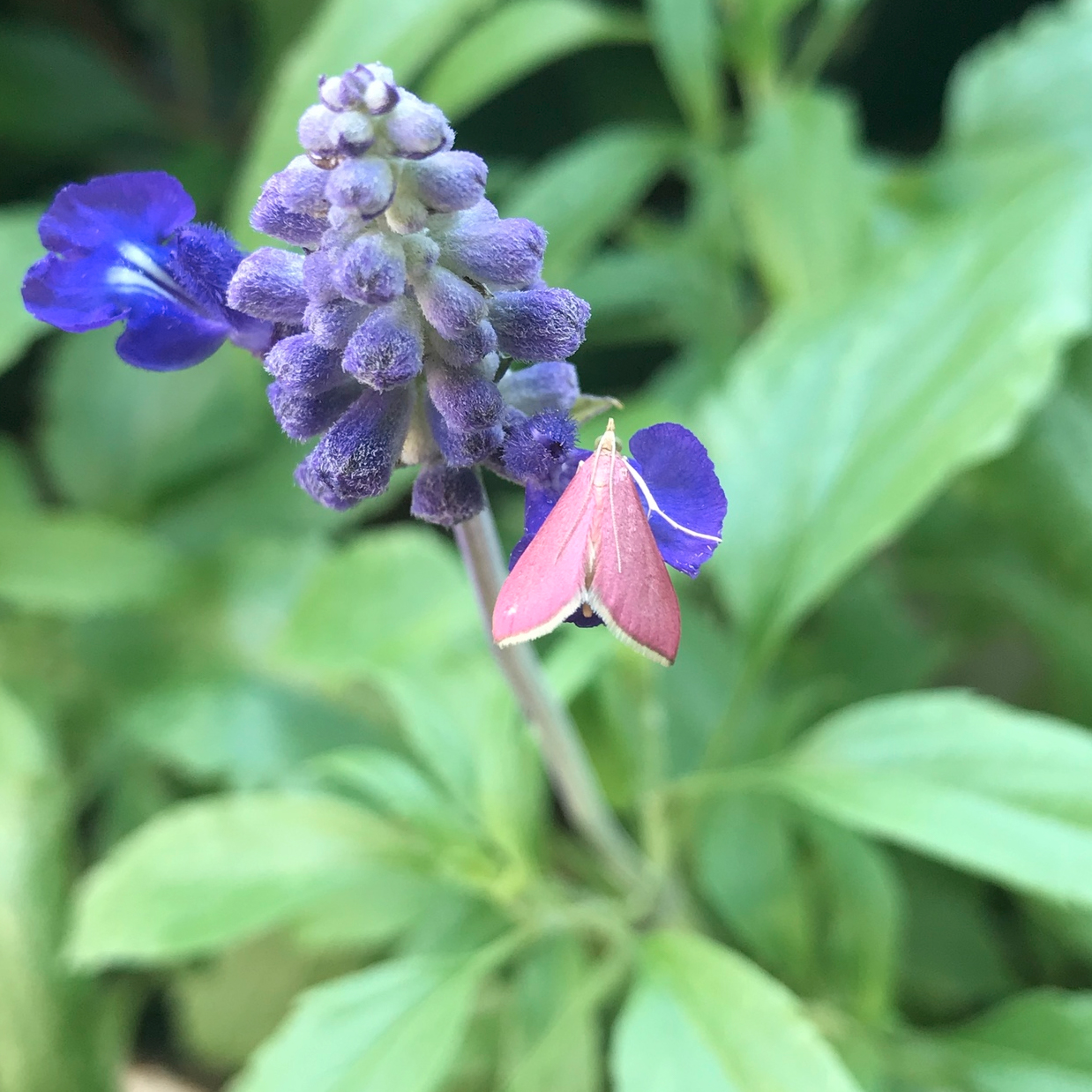 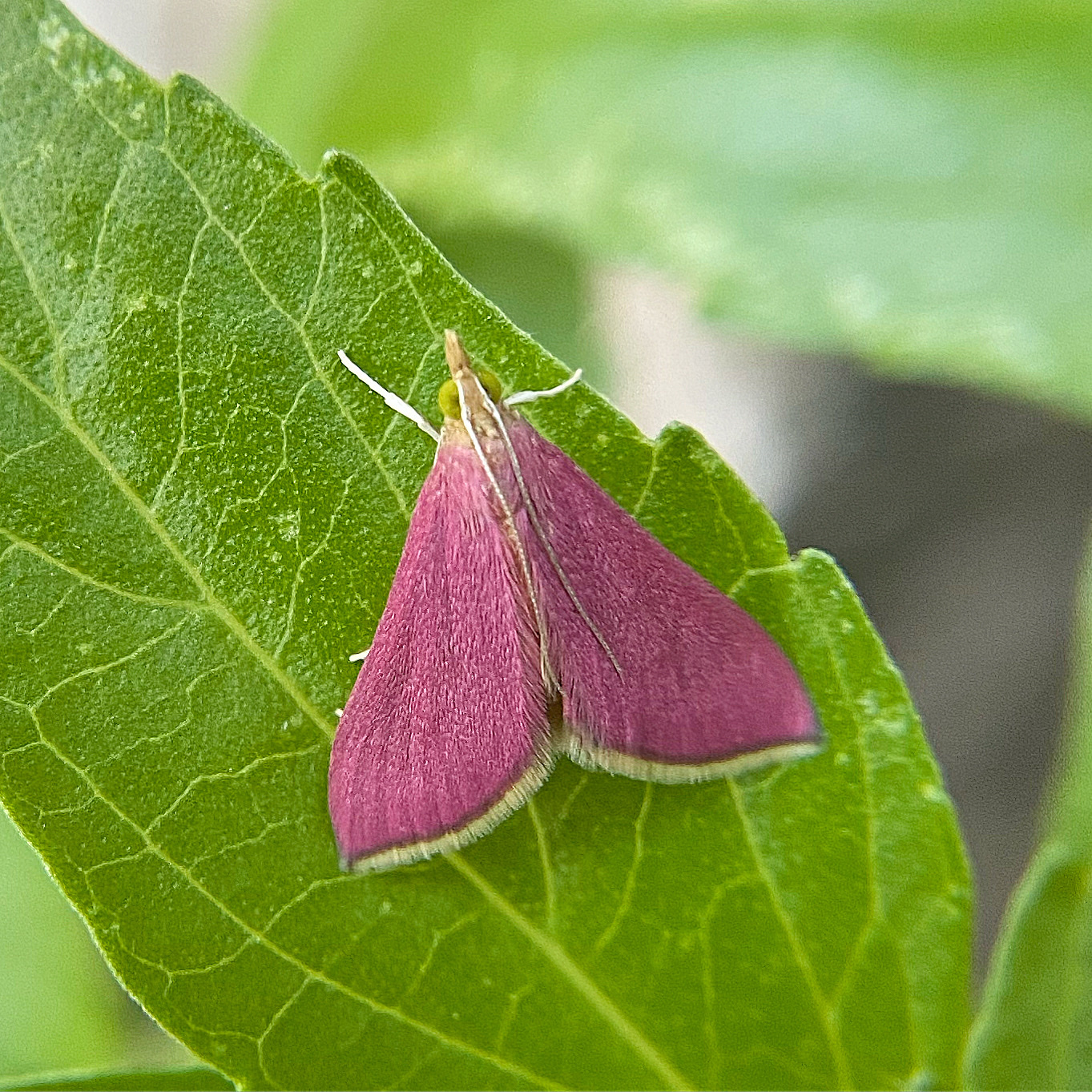 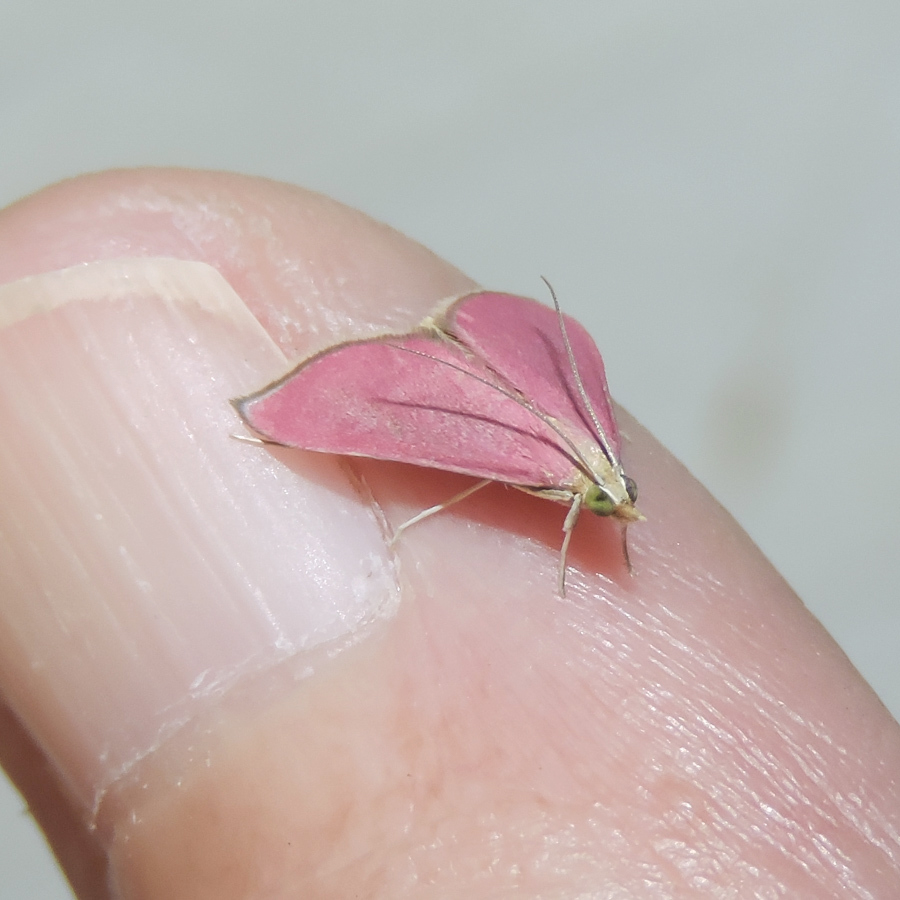 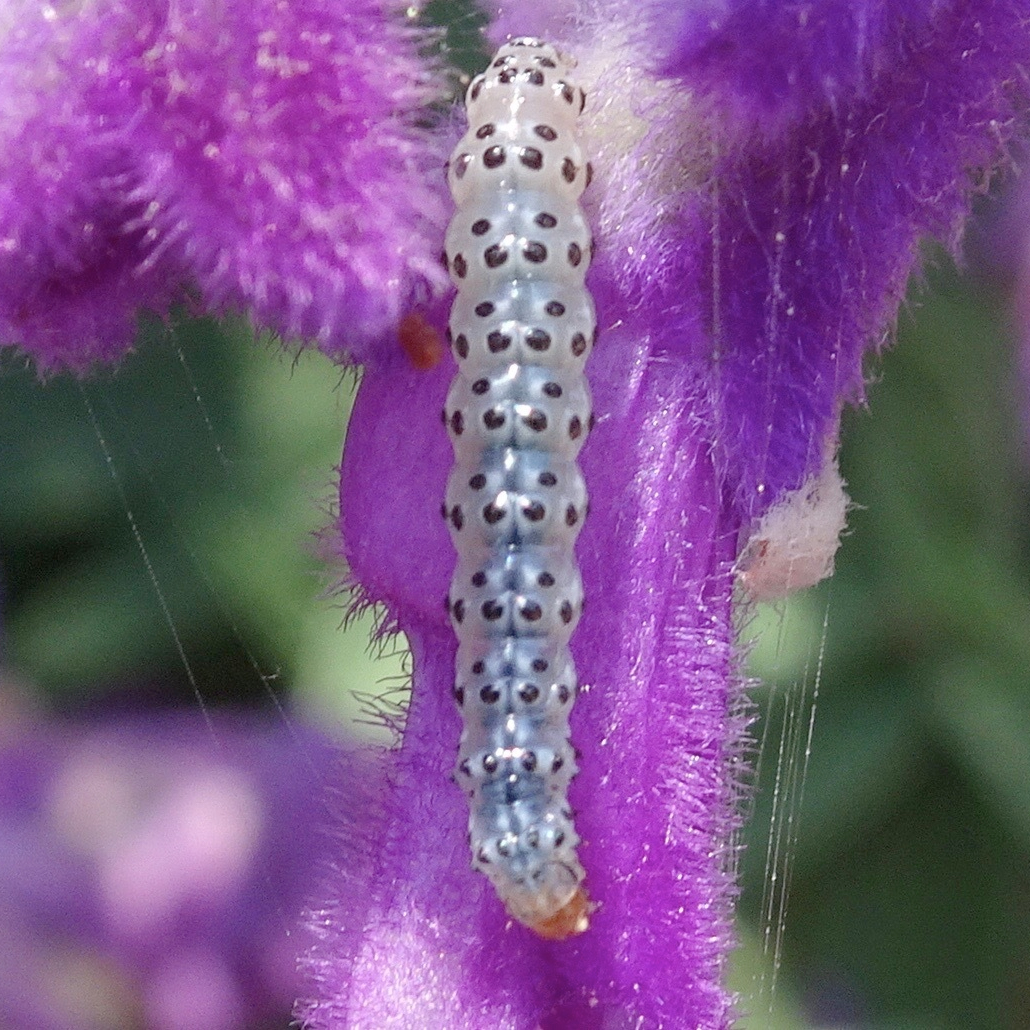 The southern pink moth can be found in Mexico and throughout the southern U.S., from Florida to Texas and California. On the east coast, southern pink moths have expanded as far north as Maryland and New Jersey. The two detections in Oregon are the northernmost observations to date. 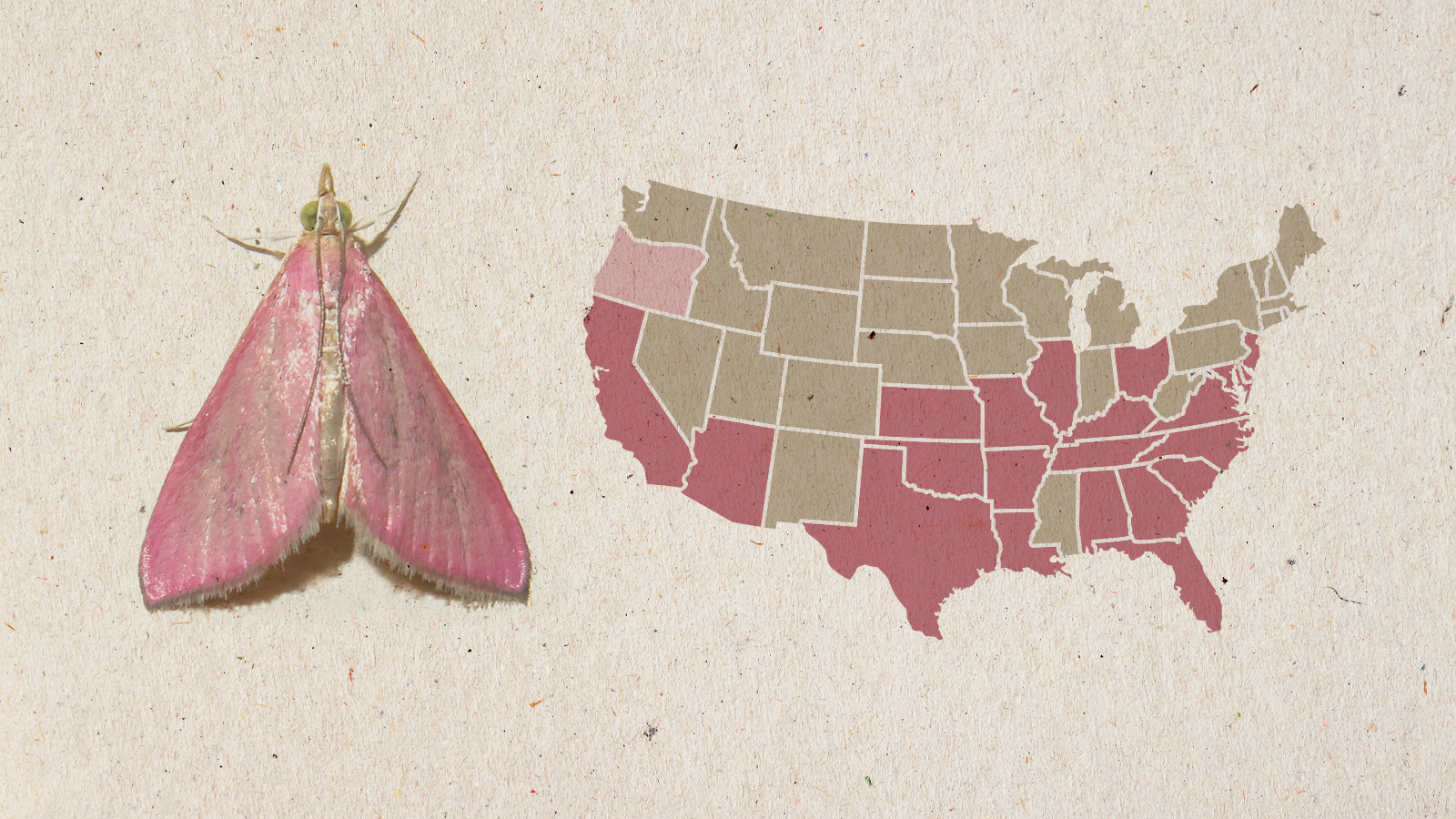 The southern pink moth current U.S. distribution based on data from the Moth Photographers Group at the Mississippi Entomological Museum and iNaturalist observations.

The southern pink moth is native to Mexico and the southern U.S., but its range may be expanding due to unintentional introductions by commercial nurseries and climate change.