A new exotic insect pest, the Ligurian leafhopper, was reported in Oregon for the first time. The introduction of a new potential pest is never welcome news, and we want to take quick action to both alert the public and share basic information about this insect. Find out more about observing and reporting invasive pests at the bottom of this post.

The Ligurian leafhopper, Eupteryx decemnotata, is a Meditteranean leafhopper that is considered a pest of plants in the family Lamiaceae which include mints and culinary herbs. These leafhoppers can be found feeding on a wide variety of host plants, including sage, rosemary, marjoram, catnip, peppermint, oregano, basil, and lemon balm.

The Ligurian leafhopper isn’t a known vector of plant pathogens, but they can weaken and damage host plants when they feed on them, especially in high numbers. At this time, the potential for economic damage to commercial mint (Oregon is a major producer of peppermint) is unknown. In central Europe and the UK, where the Ligurian leafhopper is already recognized as an introduced pest, economic damage has been reported.

The first known Ligurian leafhopper observed in Oregon. Reported by Bill Gerth, OSU Plant Clinic, who discovered the leafhopper on a backyard mint plant. Note the leaf damage in panel one, and the culprit preserved in alcohol in panel two. Photos by Bill Gerth.

Leafhoppers are tiny, and the Ligurian leafhopper is no exception. Adults are just 2-3 mm long, with long hind legs lined with prominent spines. They’re very active and difficult to get a good look at- they’re quick and can run sideways and hop when disturbed. Their bodies are yellowish-green, and their wings have an attractive mottled, blotchy brown, yellow and white pattern (see photos below). Under a macro lens, you’ll be able to see they have distinctive pairs of dark spots on their head (visible from the front). 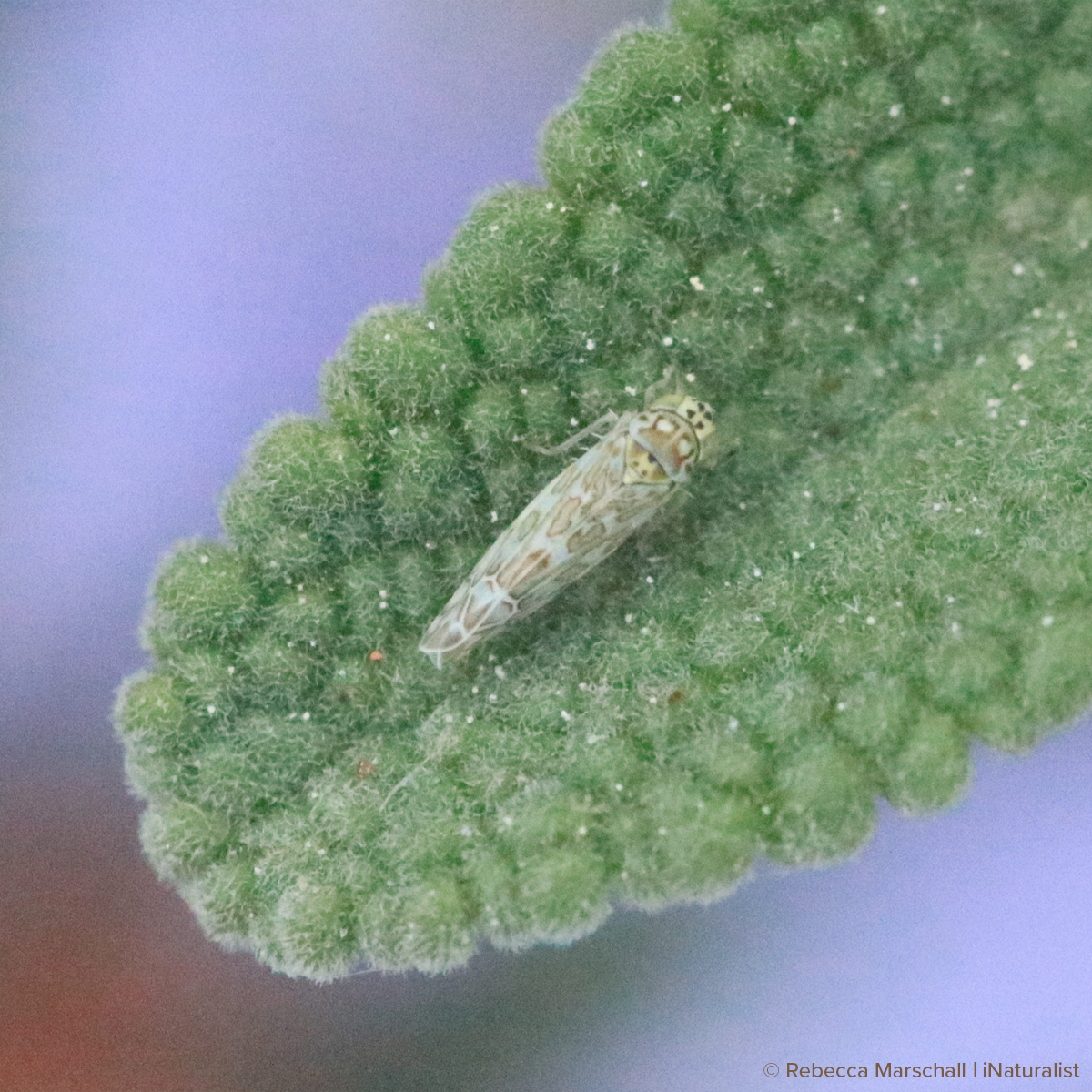 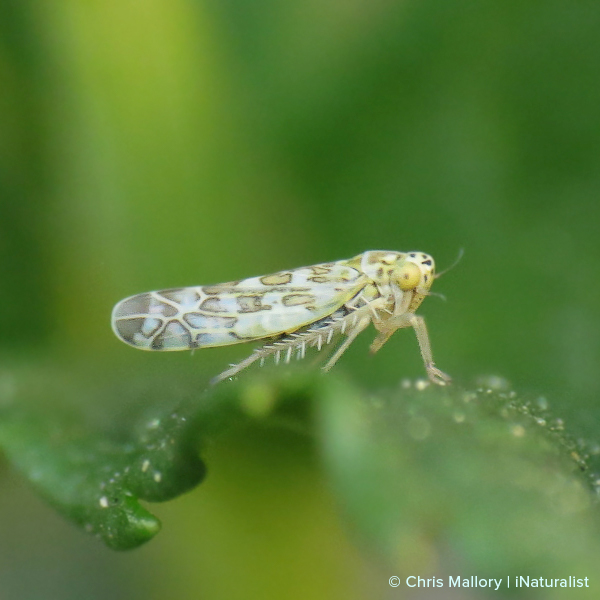 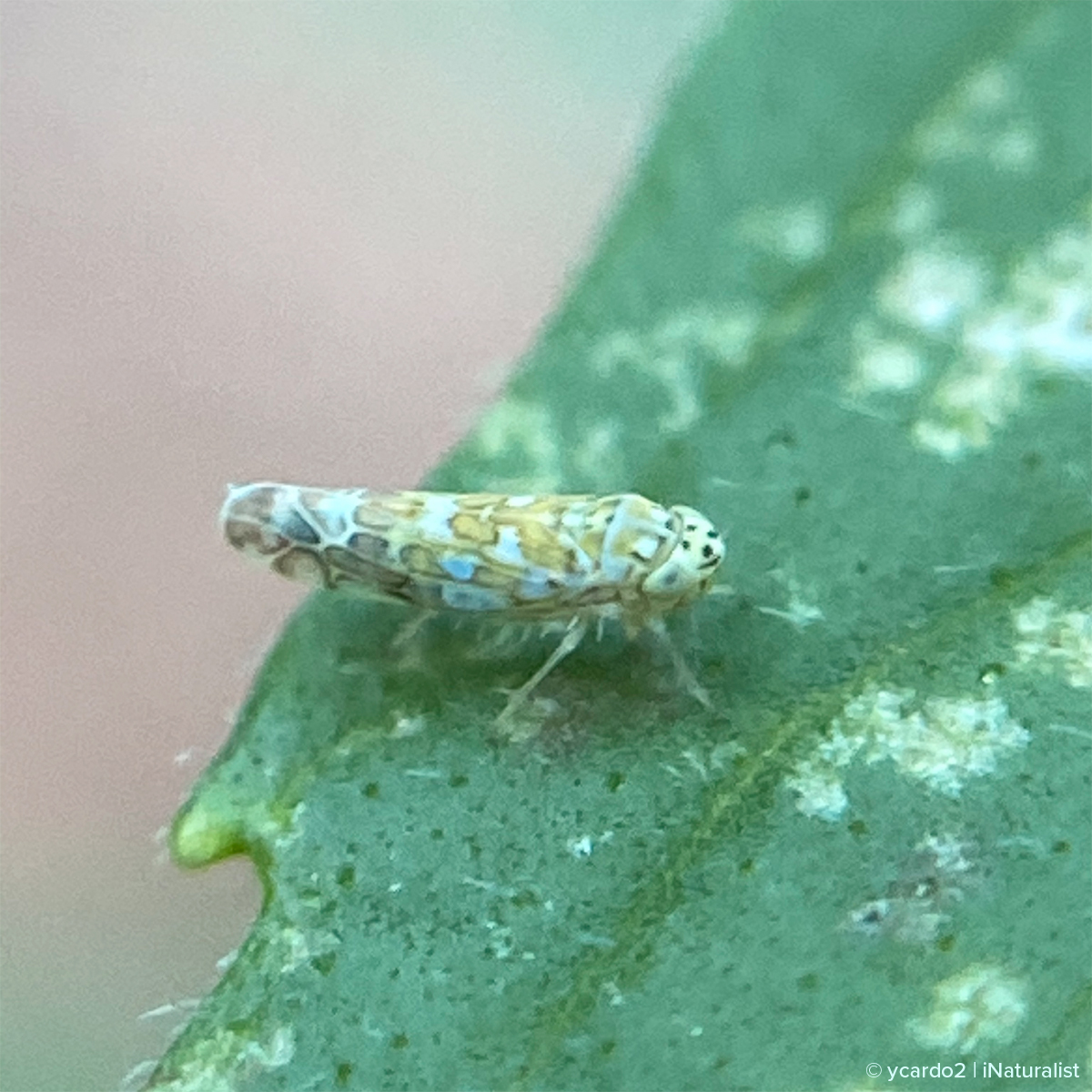 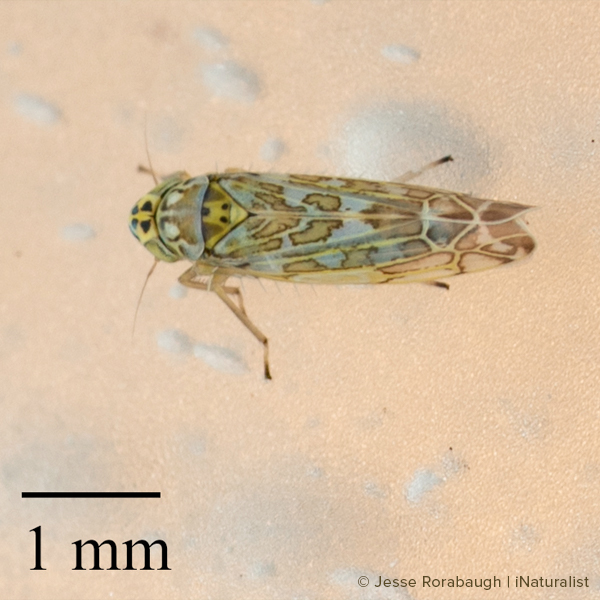 The Ligurian leafhopper, a relatively new pest in North America, has now been reported in 9 states, from Florida to California. California is the only state where it is considered established. Adult specimens have been collected twice in Oregon this summer. First, on a backyard mint plant in Benton county, and then again this August in a commercial mint field in the Willamette Valley. 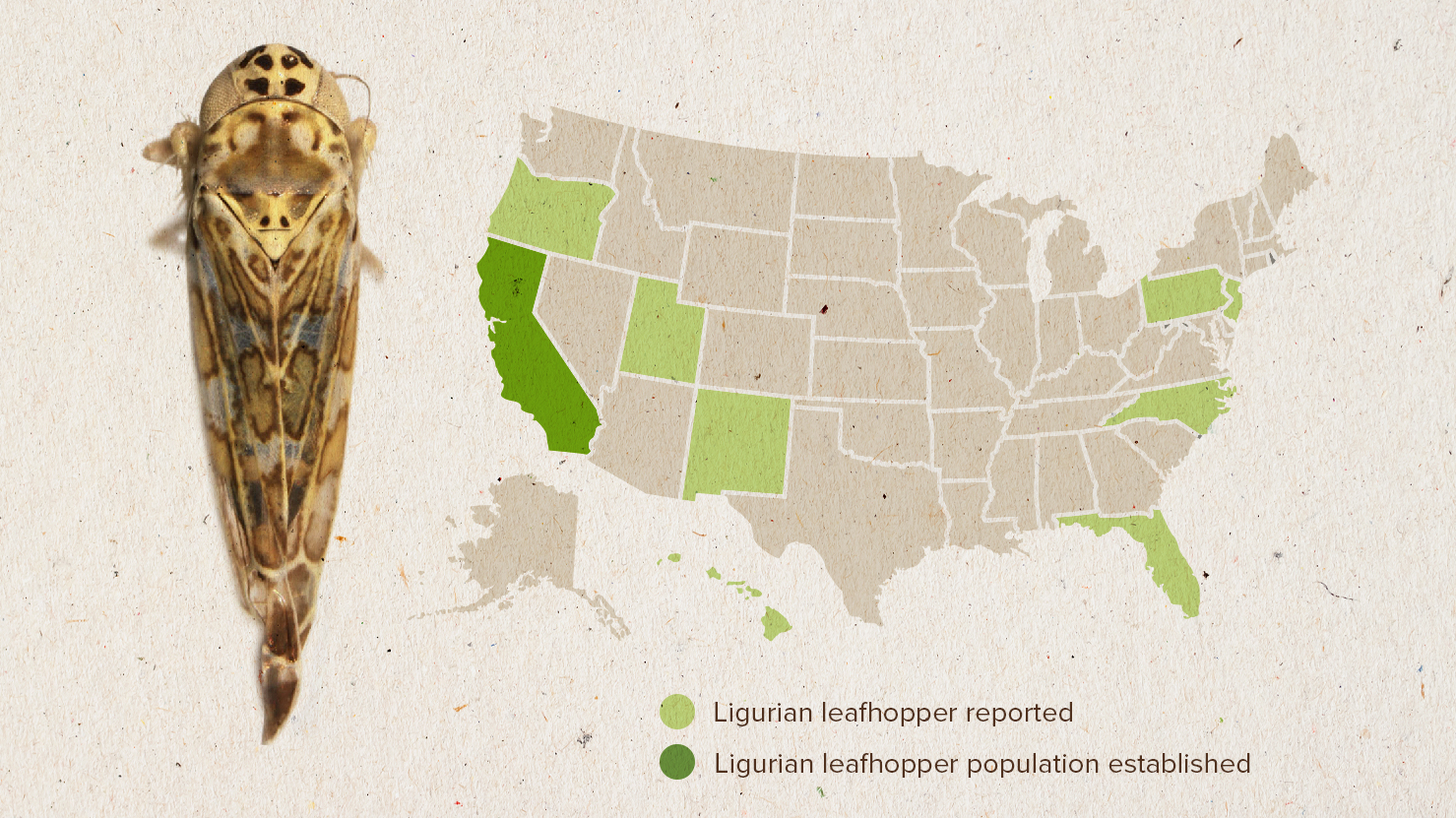 The Ligurian leafhopper has been reported in 9 states, but California is the only state where it has established populations. Oregon is the most recent state to report the pest.

The Ligurian leafhopper is native to the Mediterranean basin around the Ligurian Sea, which includes coastal areas of Italy and France. In recent decades, it has  expanded from its native range into central Europe and Britain. Introductions to the U.S. have most likely been from commercially transported infested host plants. The earliest known California record is from 2008.