Home/Hide your honeybees, the Asian giant hornet has landed in the PNW [updated]

Hide your honeybees, the Asian giant hornet has landed in the PNW [updated]

The national press generated a lot of buzz about “Murder Hornets”, spurring a flurry of interest and confusion about where the Asian giant hornet has been reported, and what it actually looks like in comparison to local hornets, bees, yellowjackets, wasps, and flies.

Insect pest species often arrive quietly and might go unnoticed until they become established and begin impacting local agriculture or forests. When you’re the largest hornet species in the world, however, you’re going to immediately be recognized as an out-of-towner.

That’s exactly what happened near Blaine, Wash., when a resident alerted the Washington Department of Agriculture about the appearance of an unwelcome new invasive insect, the Asian giant hornet.

The Asian giant hornet, Vespa mandarinia, is a large, extotic hornet that has only recently been reported in the US. They establish annual below-ground nests, and are usually dormant through the winter. You’re most likely to encounter an Asian giant hornet in the spring and summer months, when workers are out foraging and virgins queens mate and disperse to establish new nests. Asian giant hornets can forage for long distances, and they prey on a variety of other insects, including honeybees.

The Washington State Department of Agriculture quickly issued an alert after confirming reports of the Asian giant hornet near Blaine and Bellingham, Wash. Their quick action was driven by concern for the potential devastating impact that Asian giant hornets can have on the honeybee industry, pollination services, and crop production in the Pacific Northwest. In Europe, where the Asian giant hornet is already an invasive pest, they have shown that they can attack and quickly destroy honeybee hives.

It’s menacing appearance and painful sting have earned the Asian giant hornet some fearsome nicknames throughout its indigenous range, including yak-killer hornet, the commander wasp and the tiger head bee. Asian giant hornets are very distinctive looking, and not just because of their impressive size (workers are over 1.5 inches in length, and queens can be closer to 2 inches!). Adults have solid yellow-orange heads with large dark eyes, and a striped abdomen punctuated with a serious looking stinger. 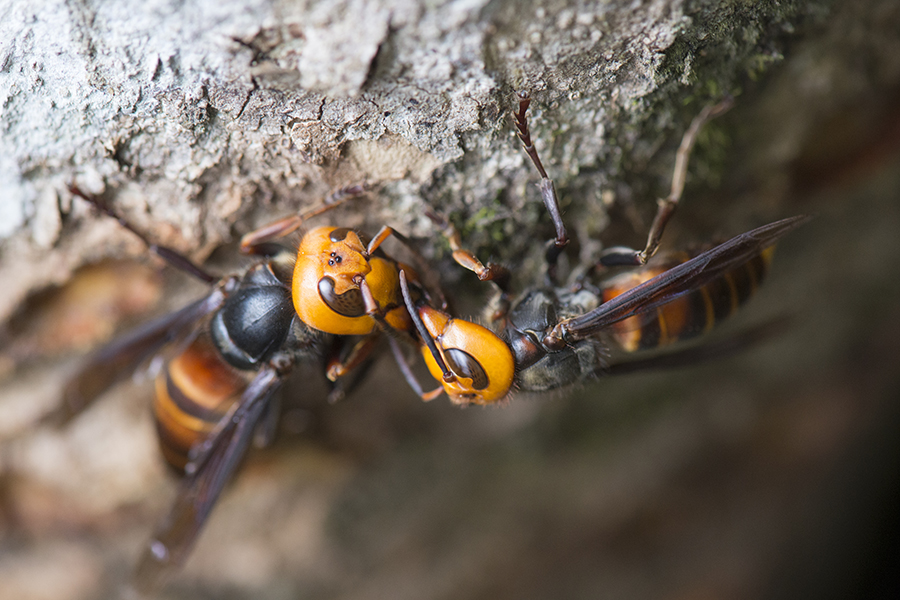 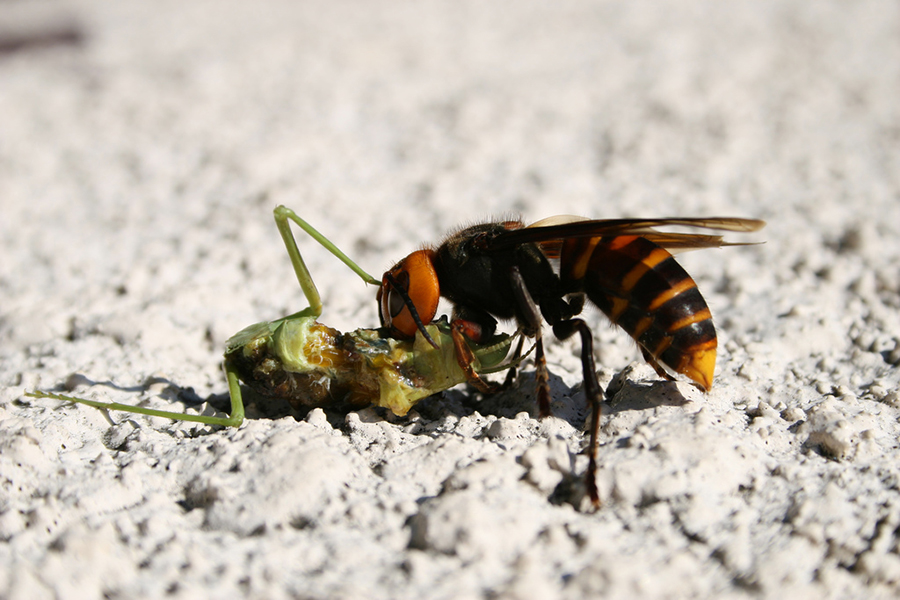 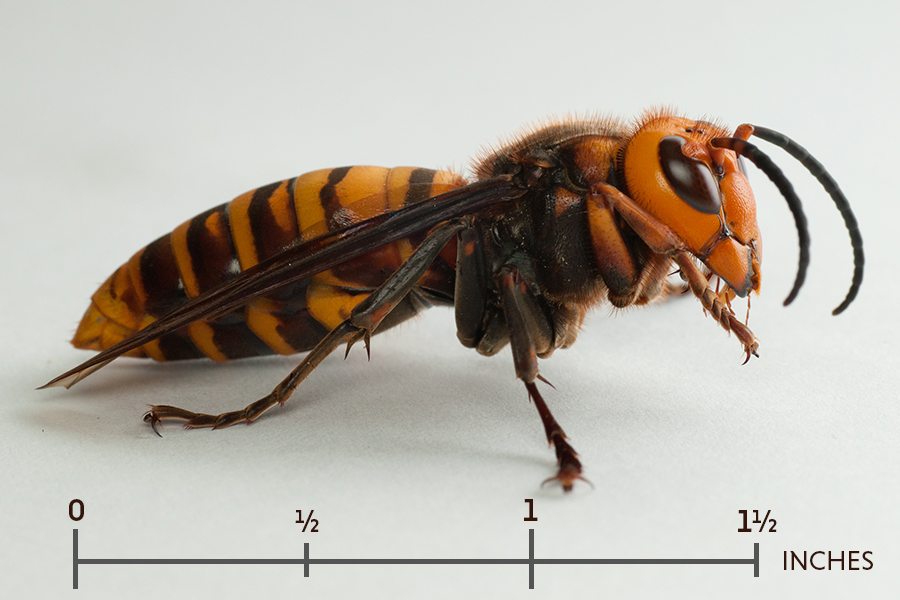 Asian giant hornets are large! Workers can be about 1.5 inches in length, queens are even larger! Photo © Yasunori Koide CC 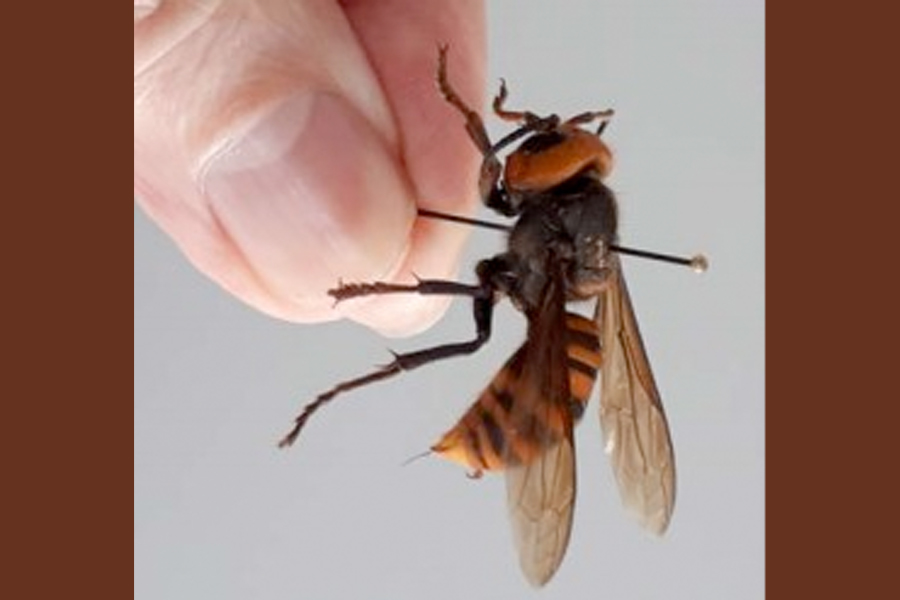 The Asian giant hornet was first reported on Vancouver Island BC in August 2019. Later that year, in December, the first confirmed reports of the introduced hornet in the US came from Blaine and Bellingham, Wash., near the US-Canadian border.

Exotic insects arrive in the US in a variety of ways. One possibility is that the hornets were “stowaways” in cargo or ballast material on a ship that crossed the Pacific from eastern Asia, where they are native. A single mated female can make the journey and then establish a colony in a new country.

Early detection and quick action is our best defense. If you see what you think is an Asian giant hornet, try to get a photo of it and send it to the OSU Insect ID Clinic, which offers free identification services. The best way to confirm is if you have a (dead) specimen you could send us. Warning: Asian giant hornets are not interested in people, but they will attack (sting!) if disturbed.