Apple scab, that fungal disease known to just about anyone who had grown an apple, can convert a promising young fruit into a disfigured, unappetizing reject. Although safe to eat, in this day of readily available perfect fruit, we would rather do without scabby fruit.

Apple scab overwinters on fallen leaves and infected apples. The fungus continues to develop in this plant debris, and in the spring, the fungus will be ready to disperse its spores from small sac-like structures, which are forcibly ejected from the leaf surface when environmental conditions are appropriate.  The number of spores available for initiating disease in the spring depends on the amount of disease the previous season, the physical breakdown of the leaves (or apples) during winter, and the inability of the spores to become air-borne due to mulch or other cover. For more on this, a report from the Meteorology Desk.

If the spores are successfully borne aloft (think of tiny gliders, skimming below the trees), some are lost due to wind shear, turbulence (e.g. air disturbance from winds or more locally, from pets or people moving by), diffusion of the spore cloud due to rain, changes in wind speed, and differences in movement, since spores higher up in the air are moved farther than those nearer the ground. 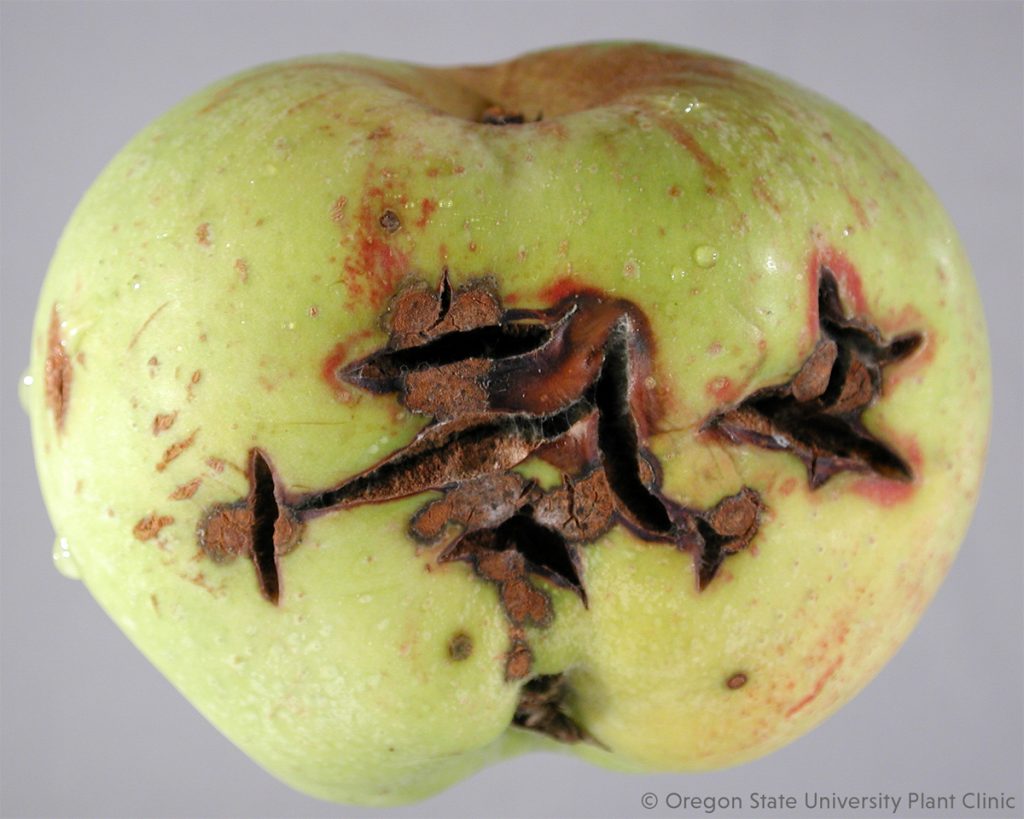 An apple infected with apple scab. 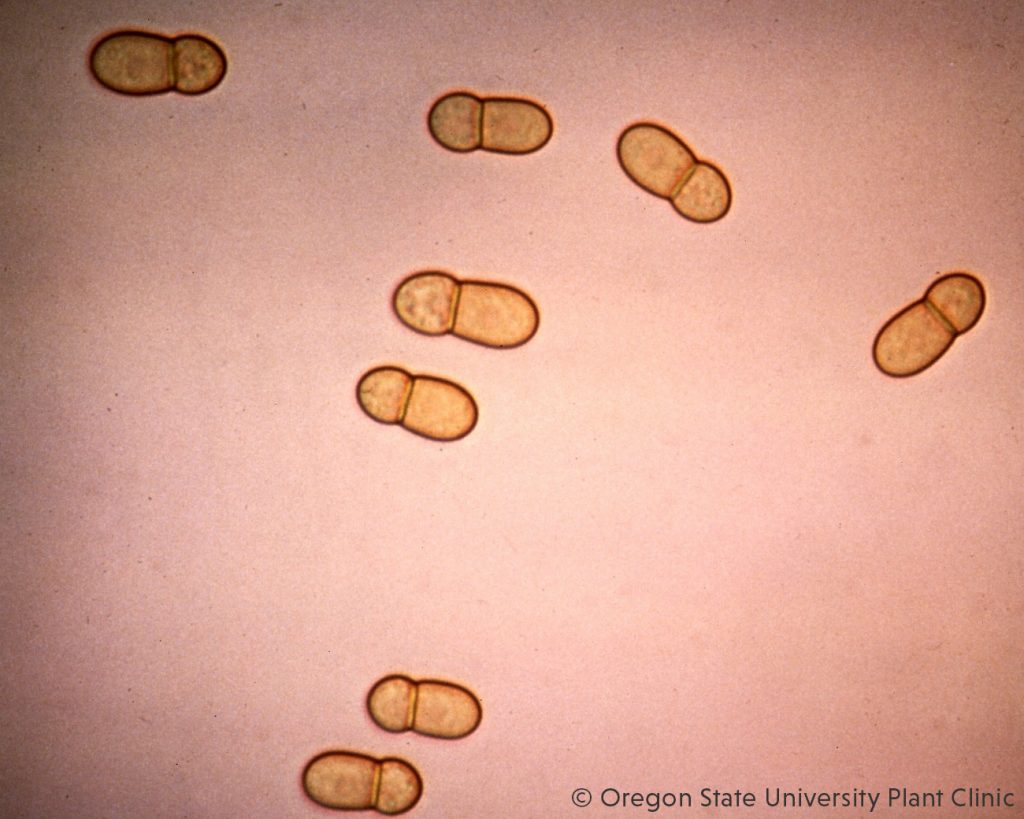 The overwintering spores that initiate infection in the spring.

Fortunately for the fungus, the abundance of spores produced ensures that some will live. If the conditions are cool and moist, as usually prevails during spring in the PNW, some spores will germinate to initiate infection, and start forming those ugly scabs on leaves and fruit.

What to do? Now is a good time to rake up the fallen apples and leaves and mulch them, bag them for disposal or, if possible, cover them with a good layer of mulch so the little spores won’t be able to leave on their journey of infection in the spring.