The capacity of the natural world to surprise and delight is simply wonderful. There are things out in the environment we may not see because of their nocturnal habit, migratory nature, or just because we were in the wrong place at the wrong time. Once they do present themselves, it is a surprise.

This spring we received an inquiry about an insect found on a window, in an area where the submitter has lived since 1977. The insect was entirely new to him – never before seen. It was a plume moth. Now, these come in all sorts of sizes and shapes, but the ones I’ve seen looked very much like the simple T-shape that this person has found (below). 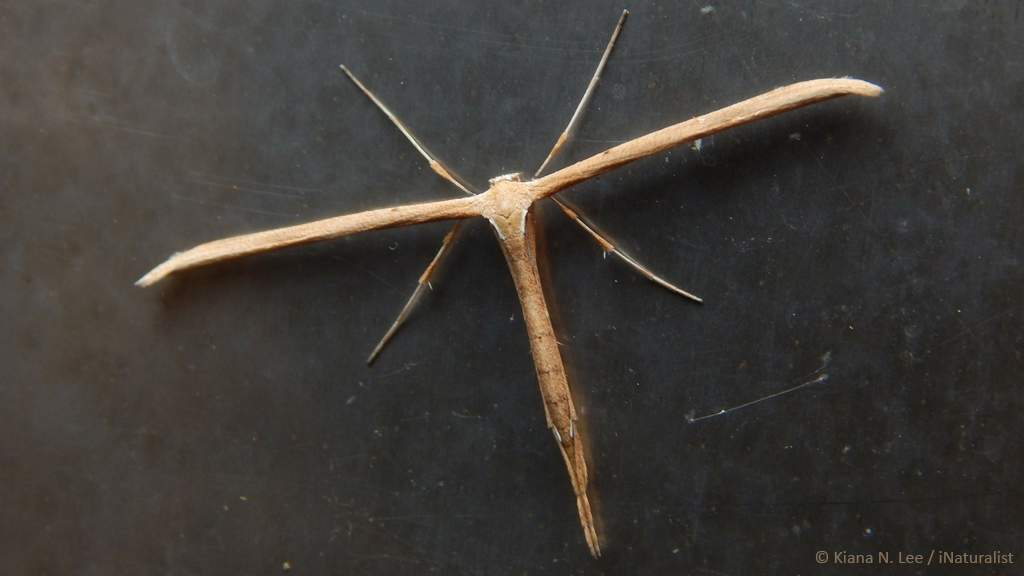 The wings are rolled together to form a compact shape at right angles to its body, giving it a strange, un-moth-like appearance. When unfurled, the wings are not large, but are small, dissected, and suggest bird feathers. Given the nature of the wings, the adults are not strong fliers, and the moths are most often seen resting on windows, screens, or other surfaces. 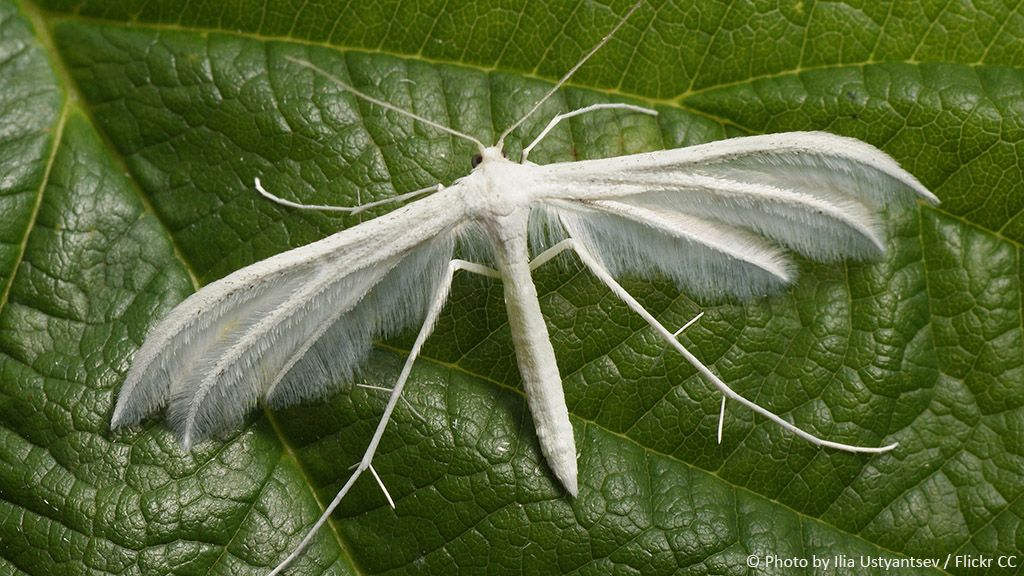 Various versions of these moths are found world-wide. Although most plume moths do little damage, some are known pests of certain valued plants, while others have been used as biological control agents of noxious weeds. The adults feed on nectar or pollen from flowers, while the larvae (caterpillars) feed on stems, roots, or leaves. In Oregon, we have numerous species of plume moths, the larvae of which feed on morning glories, geraniums, wild and domestic blackberries, calendulas, and other plants.

I love it when I find an insect, plant, or bird I’ve never seen before – it is if I have found a prize!

Now is a good time to look for the undiscovered.