I have a sour cherry tree in my yard that declines a bit more each year. It is in sad shape, with seared-open main branches injured by sun scald and invaded by decay fungi. This all stemmed from leaf loss due to an ongoing and pervasive case of brown rot caused by the fungus Monilinia. This organism infects first through the flowers, usually after a rain while the flowers are open. The fungus loves moist weather, and will start to grow from spores originating nearby or from the fungus overwintering on the tree itself. Once in the flowers, the fungus continues its advance, colonizing the wood of the smaller twigs and moving on into slightly larger branches. All leaves on the colonized twigs die, and then fall to the ground, making holes in the leafy canopy, leading to sun scald. Any flowers that survived and develop into fruit usually become diseased and eventually also drop to become wizened “mummies.” These, if not picked up, help to contribute spores the following spring, initiating new infections.

This disease doesn’t have to be so destructive. Some judicious pruning and a few well-timed fungicide applications can limit the damage. I just never got around to it.

A few years ago I planted a fresh young sour cherry tree, a sweet little thing, in a place I thought was strategically upwind from the infected tree. This, I thought, would outsmart the fungus. Except I forgot that I had a susceptible flowering quince nearby. The young cherry tree was smack in the flight path of the wind-borne spores arising from the infected quince. 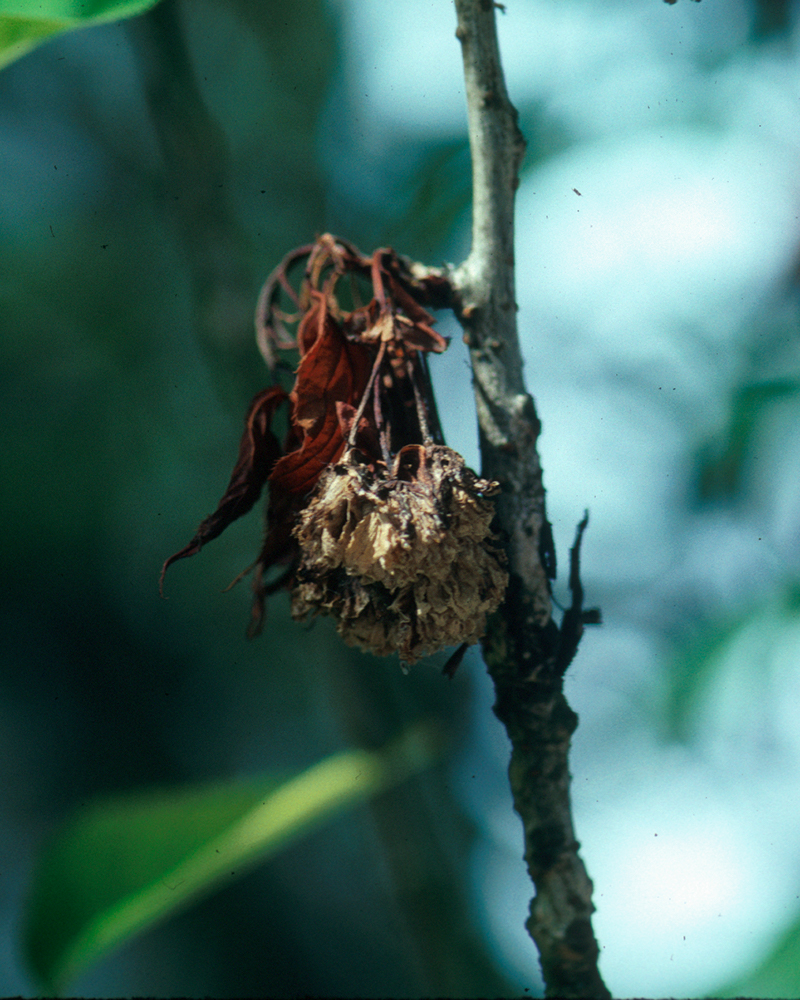 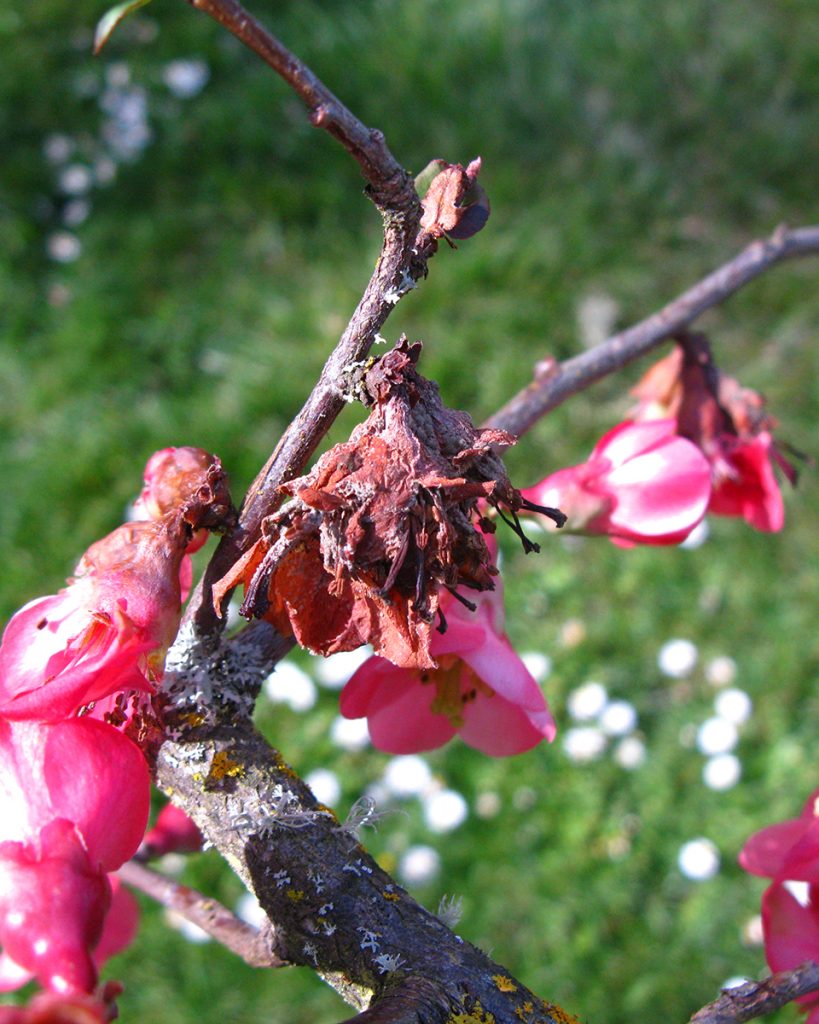 Guess I’ll have to get busy after all. And I need to do it soon. There is cultural, chemical, and biological management information about brown rot in the PNW Plant Disease Management Handbook. Products marked with H are available for home gardeners, and those with O are compatible with organic production.