This is the time of year when many of Oregon’s beetles are emerging in their recognizable adult stages and encountering humans wherever they go! So it seems like an appropriate time to highlight and celebrate Oregon’s BIGGEST beetles, the ones that make people pause when they spot them. These are the largest representatives of an amazingly diverse and abundant order of insects (check out this beautiful poster showcasing Oregon’s beetle diversity from ODA). They’re hard to miss, and they prompt exclamations and responses like “what in the world is this enormous beetle!!??” They inspire people to send in their photos to the OSU Insect ID Clinic to learn more about the identity of the giant beetle that visited their porch light, or was on the trunk of their backyard tree, or crossed the trail ahead of them during a hike through the forest. They’re big, handsome ambassadors of the beetle world that folks can’t help but take notice of, stop and admire them, or maybe even snap a selfie with. Meet Oregon’s biggest beetles! 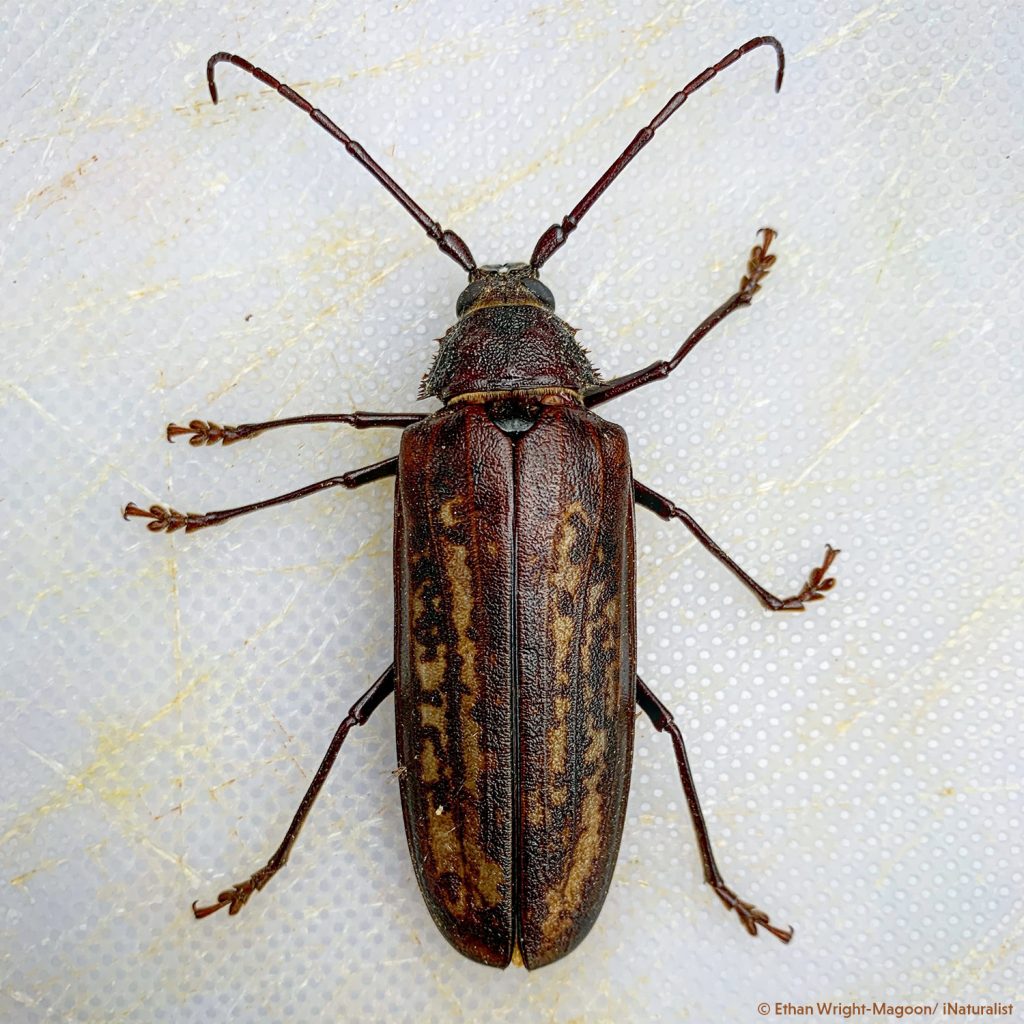 The largest beetle you’ll encounter in Oregon, this burly long-horned beetle (subfamily Prioninae) can be over 2 inches long! Adults emerge in summer, when these hard-to-miss behemoths take flight after dusk in search of mates. They’re attracted to lights, so maybe you’ll get lucky and meet one at your porch light one evening. We highlighted this amazing beetle in an earlier post, Meet the Ponderous Borer. 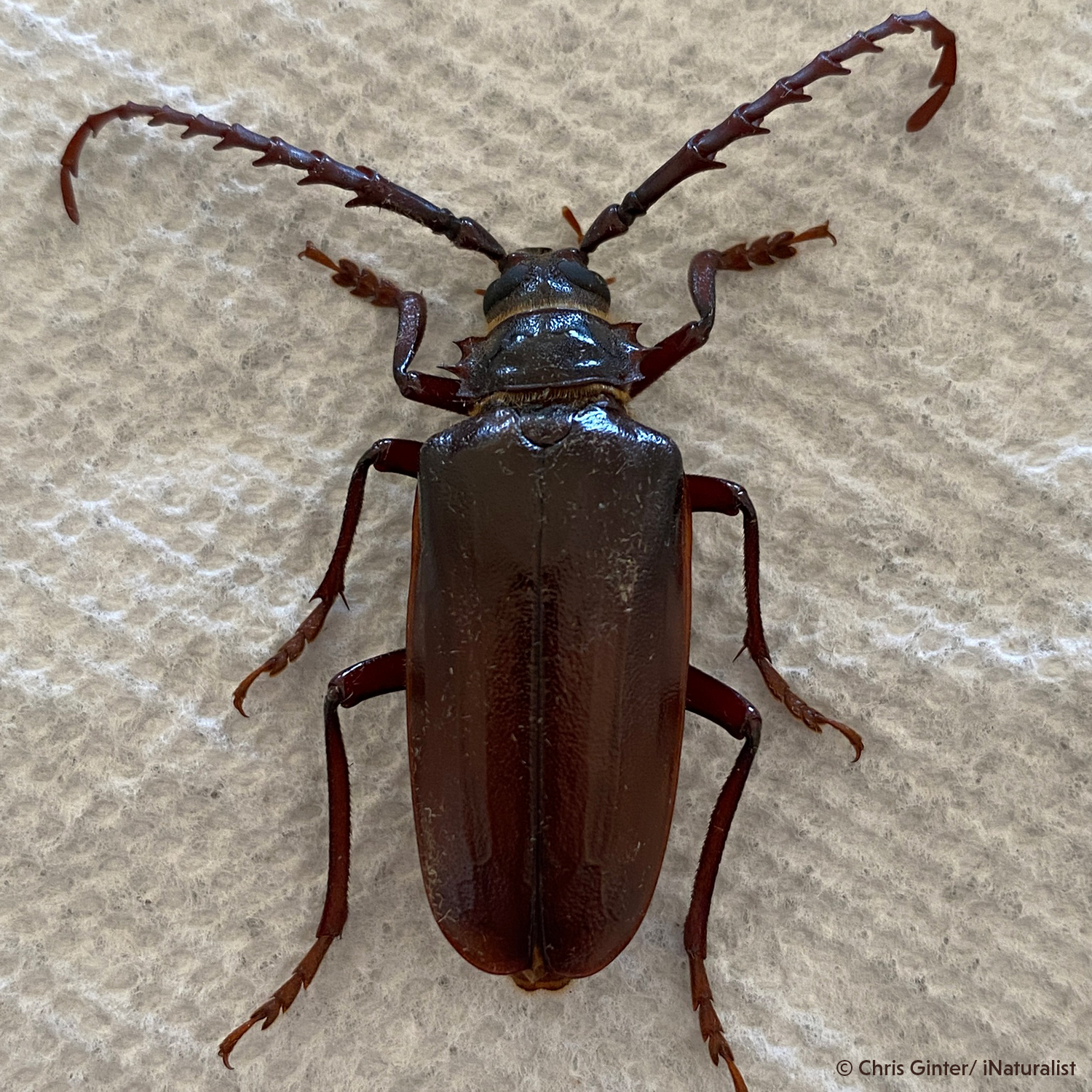 A large, shiny reddish-brown long-horned beetle (subfamily Prioninae). Most of their life cycle is spent underground as larvae, feeding on the roots of tree, shrub and vine crops. This has earned them the reputation as an agricultural pest, especially of orchards. You’re most likely to encounter these large beetles in summer, after they’ve emerged and males are actively taking night flights in search of females. 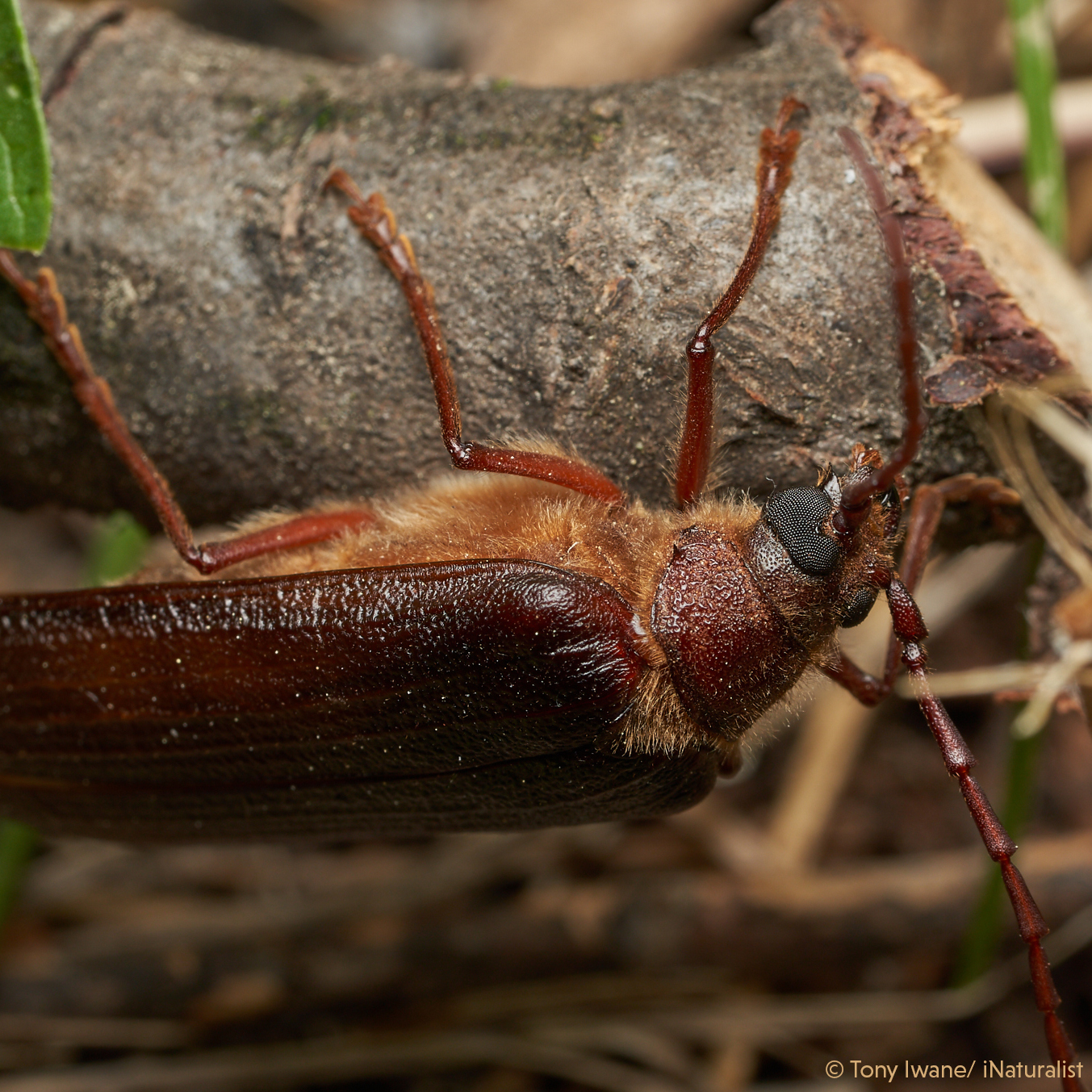 These long-horned beetles (subfamily Prioninae) are most common up in high-elevation pine forests. They breed in dead pine and fir, where their larvae stay until they emerge as adults. Adults stay hidden during the day, but if you do spot one, you can’t miss their shaggy collar of reddish hair between their head and abdomen. 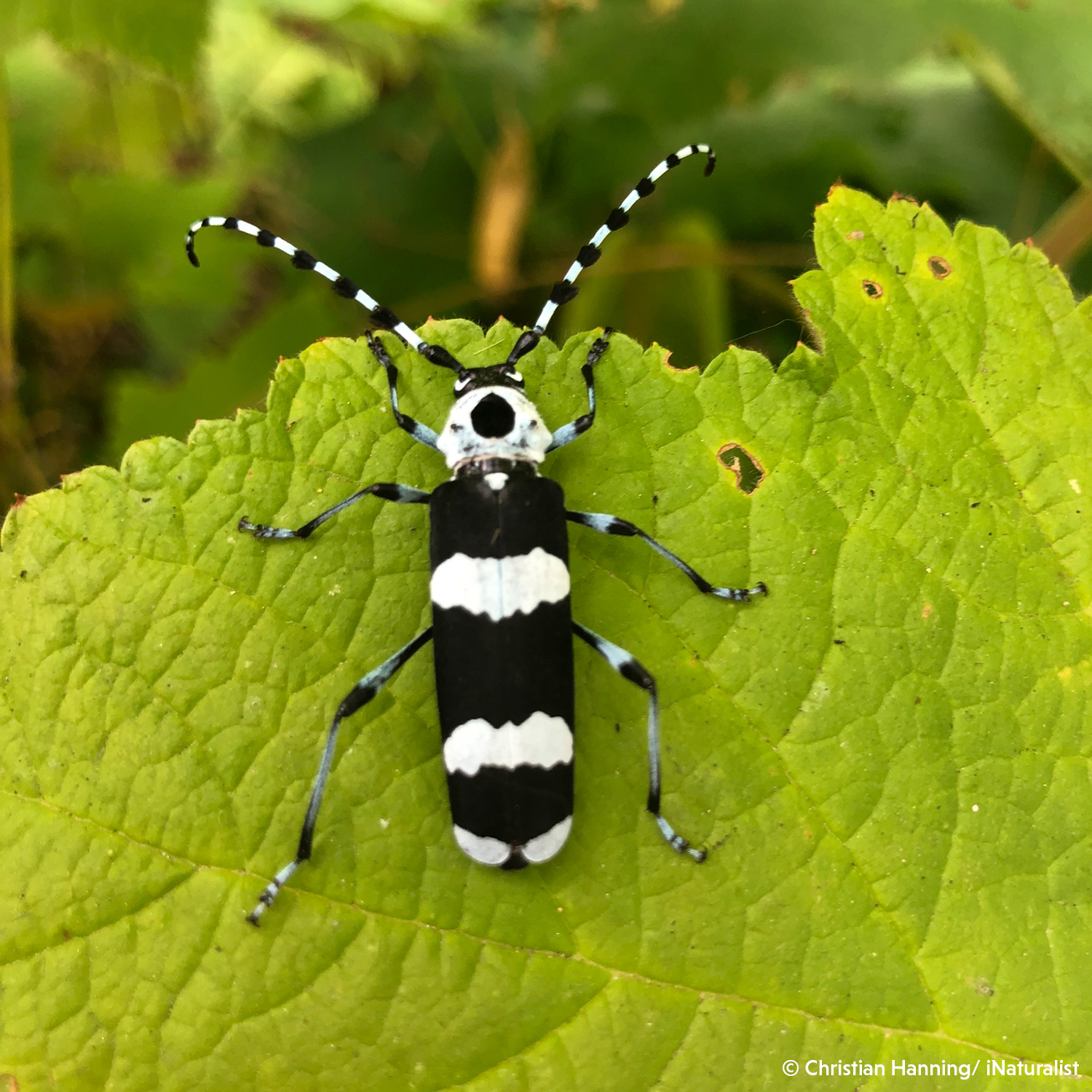 This striking long-horned beetle (subfamily Cerambycinae) is easily recognized by its distinctive black and white banding. Their larvae bore under the bark of dying or dead branches of alder, ash and other hardwoods, and aren’t known to do much damage. Don’t confuse these big beautiful natives with the exotic, unwanted Asian longhorn beetle! 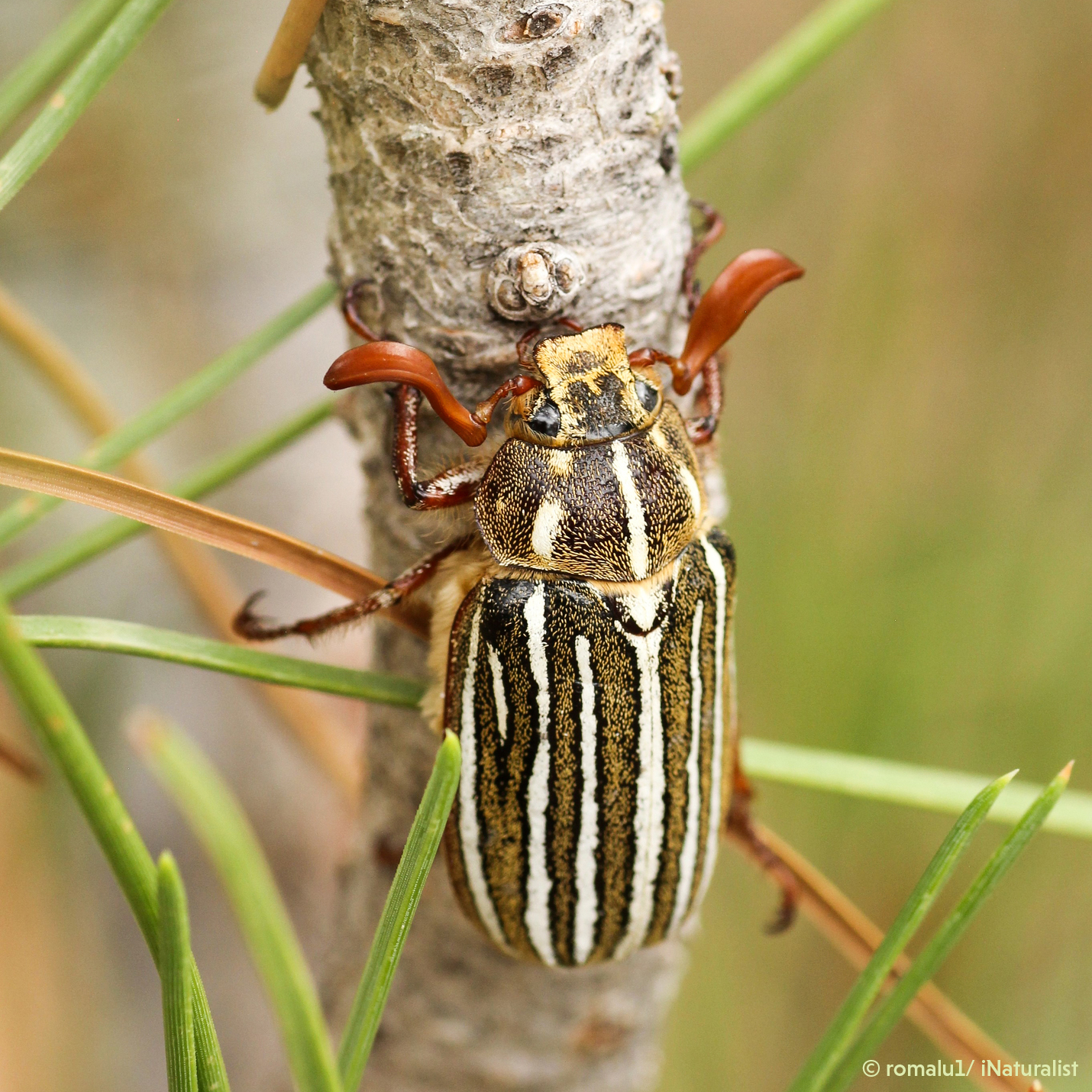 Tenlined June beetles may be big, but these bumbling beetles are still pretty darn adorable. We highlighted them in a post earlier this summer because their distinctive stripes and ornate antennae (males) garner them a lot of attention when they emerge in the early summer. They’re harmless, but watch out, they make a hissing sound when touched or disturbed! 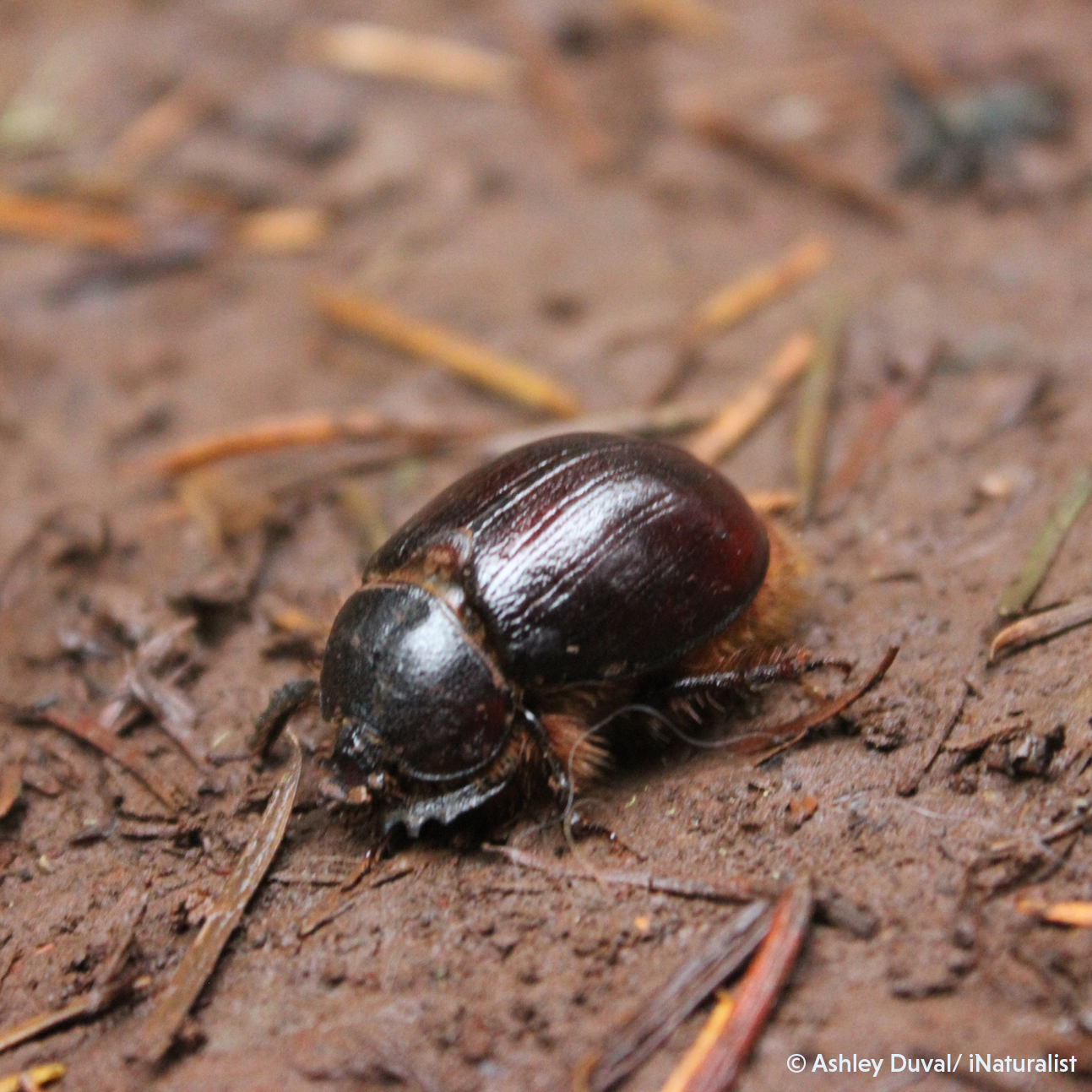 Rain beetles look similar to scarab beetles (they’re closely related), with rounded stout bodies and strong legs for digging. Rain beetles spend most of their lives underground as larvae, feeding on roots (sometimes as orchard pests!). Adults emerge and fly after a rainfall, and males will take low-lying flights in search of females. While at the smaller end of our “big beetles,” rain beetles still make a sizable snack for a raccoon or skunk.