The Asian gypsy moth (AGM) is an exotic pest that is considered a potentially serious threat to North American forests. It is a close relative of the European gypsy moth, which is well known for causing widespread damage in eastern U.S. forests.

Asian gypsy moth caterpillars will feed on and completely defoliate a broad range of host trees and shrubs. Hundreds of species of trees and shrubs are at risk, including coniferous trees like Douglas fir and hemlock. Outbreaks of AGM can quickly defoliate large tracts of forest, weakening or killing the trees they feed on. Asian gypsy moths have the potential to cause devastating environmental and economic impacts in our region, and are considered a “significant exotic pest of economic importance” by the USDA. 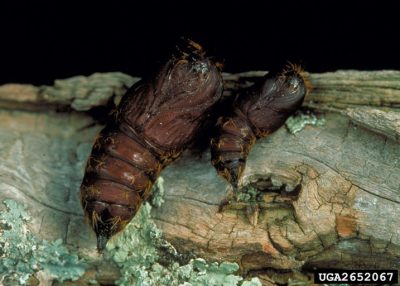 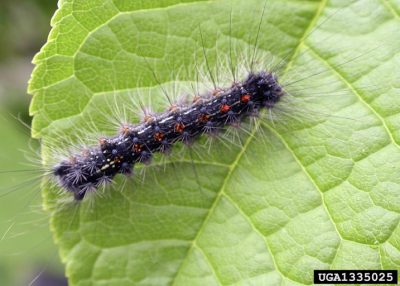 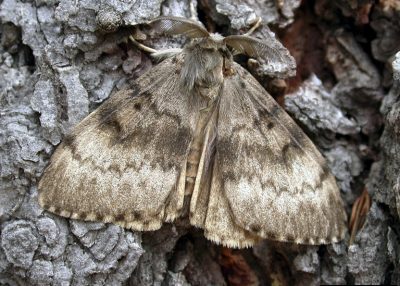 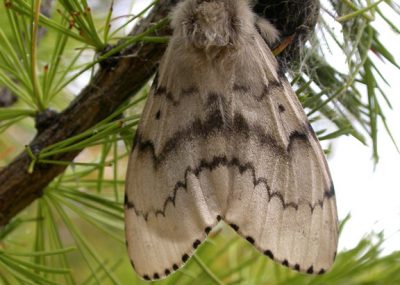 The Asian gypsy moth was first detected near the Port of Vancouver in British Columbia, Canada in 1991. In the 3 decades since, AGM has been detected and eradicated several times in Oregon, Washington and California. It is not considered established anywhere in the U.S. yet. They were first detected in Portland in 2015, and were most likely transported from Asia in cargo or vessels originating from Asia.

The Asian gypsy moth is native to Asia.