Fire-prone ecosystems of the American West are threatened by altered fire regimes, land use change, invasive species, and climate change, leading to decreased ecological resilience to disturbance, loss of native species, and degradation of critical habitat for species of conservation concern. At the same time, wildfire presents a very real threat to human lives, properties, and livelihoods. Fire and land managers and city planners alike are challenged with dueling priorities of returning fire to the landscape to prevent fuel buildup and protecting human communities from the effects of devastating wildfires.

We understand that fire itself creates resilience, and can alter risk of future fire, depending on land use history, previous fire, and ecological legacies. In mesic mixed conifer forests of the western Cascades, for example, patches of a 29-year old wildfire that burned with low severity, leaving much of the canopy intact, resulted in no long-term loss of total fuel or carbon storage, but a 50% reduction in reburn rates of spread compared to patches that burned with high severity and were dominated by young trees. Human uses of the land can further modify fire risk – in the same fire, tree plantations had half the total fuel but double the heat per unit area in a modeled reburn. Despite a scientific understanding of the role of prescribed fire and wildfire use in fire risk reduction, public perceptions, logistical concerns, and legislation limit their use. As we face a future where more fire is certain, we suggest that in order to improve human and ecological resilience to fire we must begin to re-think the relationships between people, place, and periodic disturbance.

Lisa is first and foremost a conservation biologist, and believes strongly that strengthening the ties between people and place through education and outreach is one of our most important tools to conserve landscapes. She works as a professor of fire and habitat ecology in the department of Fisheries and Wildlife at Oregon State University and is a science communication fellow through the Wilburforce Foundation. Her research is focused on finding strategies to improve ecosystem resilience to wildfire for both human and non-human inhabitants. 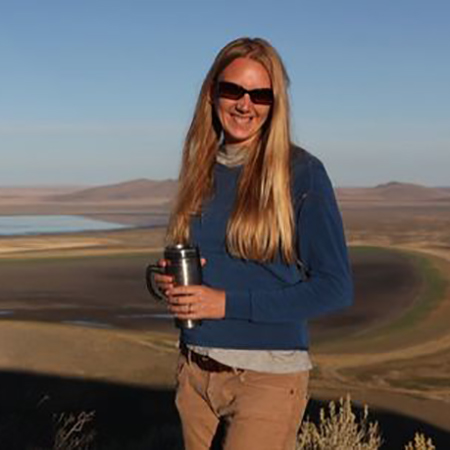